The Scientific Analysis Bureau provides serology and forensic DNA analysis using the most modern DNA scientific services for the examination of crime evidence to identify or exonerate individuals. Forensic DNA analysis involves testing of biological samples left at a scene to determine a DNA profile which can then be compared to the known profile of an individual or entered into the Combined DNA Index System (CODIS), a national database of DNA profiles, to search for a potential

match. DNA analysis is offered at the Central, Southern and Northern laboratories.

To reduce backlogs and provide timely investigative information, a triaged approach for evidence submission has been implemented. This will allow DNA Casework to channel resources to focus on the most crucial evidence for every case and provide a quicker turnaround time for all customers. Permission to consume is considered granted at the time of submission. While every effort will be made to preserve samples for future testing, consumption will occur at the discretion of the analyst. For cases involving death or attempted homicide, permission to consume will only be requested if a suspect is named.

As of January 21, 2022 - For unidentified human remains that are not related to a criminal investigation or familial reference samples for non-criminal missing persons, you can reach out to NamUs. NamUs is in process of partnering with University Forensic Science Centers and Private labs to provide these services for missing persons and unidentified human remains. The website link is DNA | NamUs (ojp.gov). For regional contact information, visit Investigative Support | NamUs (ojp.gov).

Violent Crimes cases: DNA evidence for cases involving a violent incident that results in injury (bleeding) or death. For initial evidence submissions of Violent Crimes cases, the lab will process up to 5 items of evidence per case (plus any known standards). Should more than 5 items be required for any case (complex scene, multiple victims/assailants, etc.), please contact the laboratory to discuss the case prior to submitting.

Sexual Assault cases: DNA evidence for cases involving a sexual assault. For sexual assault cases, initial evidence submission should be the Sex Assault Kit (SAK) collected by medical personnel. Once the SAK has been processed, additional items of evidence may be processed as needed. If no SAK was collected, initial evidence submission should be up to 5 items of evidence.

Known Standards: known standards are needed for all cases requiring DNA analysis. Known standards, sometimes referred to as a DNA reference sample, should be 2 swabs collected from the inner cheek of an individual. Except for sex assault and biological standards kits, all known standards should be submitted in a package separate from crime scene evidence and each known standard must have its own item number. Additionally, package the 2 swabs in a swab carton labeled accordingly. Seal this swab carton in only one large outer manila envelope. Suspects believed to already be in CODIS are still required to have a known DNA standard collected and submitted to the laboratory for comparison purposes. Whenever possible, please submit known DNA standards at the same time crime scene samples are submitted to the Lab.

Touch DNA - DNA from skin cells left behind when a person touches or handles an item or surface.

Buccal Swabs – (Pronounced “buckle”) swab(s) collected from the inner cheek of the mouth to use as a known DNA sample. Any swabs collected other than from the inner cheek are not buccal swabs. Do not use convicted offender and arrestee kits for casework submissions. DNA profiles from offender and arrestee submissions cannot be used for casework comparisons. 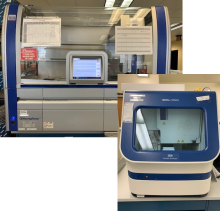 The Combined DNA Index System is the DNA database utilized in the United States. Created and maintained by the Federal Bureau of Investigation, it involves various levels of databases at local, state and national levels which allow searching of unknown DNA profiles against other unknown forensic profiles, convicted offender profiles, and arrestee profiles.

The Scientific Analysis Bureau serves as the State Combined DNA Index System (SDIS) Database for Arizona and uploads an average of approximately 20,000 convicted offender and arrestee samples into CODIS each year. This analysis is provided at the Central laboratory.

Familial DNA analysis is a deliberate search of convicted offender and arrestee DNA profiles to identify candidates who are potential close biological relatives to an unknown DNA profile. A statistical comparison is completed to accomplish this, providing analysts with a list of candidates for further analysis who have a higher statistical likelihood of being relatives of the unknown profile. Once this additional analysis is complete, investigators are provided with a list of any remaining candidates for further investigation. 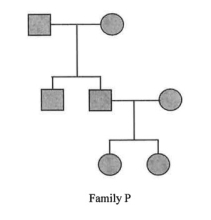 The Scientific Analysis Bureau provides familial DNA analysis in select cases at the Central laboratory. Arizona is the twelfth state to offer this type of testing.

Subscribe to the Crime Laboratory Backlog Status RSS Feed below: