The Operational Training Section is a vital in-house support function at the department that develops and coordinates advanced and re-certification training programs for troopers and the agency’s professional staff. The section also provides advanced basic and field training for new troopers and trains law enforcement and civilian instructors. In addition, the section coordinates and provides drug recognition and alcohol impairment training and certification to law enforcement personnel inside and outside the department. Firearms training, weapons maintenance and other armory services are also provided by the Operational Training Section. Furthermore, the section administers the department’s employee health and wellness programs and maintains and manages departmental training records for all employees.

Also during FY2016, the Operational Training Section, through its Firearms Training Unit, continued to transition the department’s troopers to the state-of-the-art FNS40 handgun as the standard issue weapon for the department. The transition program demonstrates the department’s commitment to providing troopers with the very best equipment to enhance the performance of their duties.

The Operation Training Section also addressed an emerging threat to law enforcement personnel during the fiscal year caused by a drug called Fentanyl. The opiate-based drug is many more times potent that heroin and presents a lethal danger to drug users and law enforcement officers who come into contact with it. With the drug becoming more prevalent on the streets, the department created a Fentanyl E-Learning project to make agency personnel more aware of the drug.

Additionally, the department is in the process of purchasing Naloxone, sometimes referred to as Narcan, as an immediate antidote for overdose victims and accidental exposures. Select troopers with the agency are being scheduled for the training and the Narcan kits are being made available to specific agency work units. 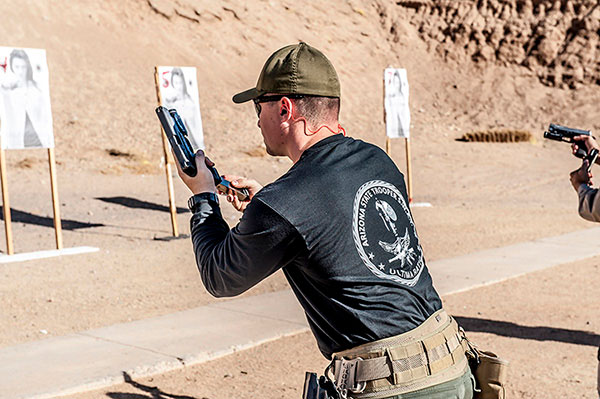