The Tucson Police Department is seeking the public’s assistance in attempting to locate 82-year-old Judith Hinthorn.

Ms. Hinthorn has been diagnosed with Alzheimer’s Disease and has not been seen or heard from since yesterday evening.

On June 29, 2017, at approximately 9:00 p.m., Ms. Hinthorn spoke with her grandson on her home telephone. She agreed to pick her grandson up from work in the area of North Oracle Road and West Roger Road, but never arrived to that location and never returned home.

Ms. Hinthorn lives in the 200 block of E. Laguna Street and drives a green 1996 GEO Prism with an Arizona License Plate of ATM3913. She is described as a Caucasian female, approximately 5’7, 140 pounds with brown/gray hair and hazel eyes. The description of her clothing is unknown, but she is most likely wearing eyeglasses.

If you see Ms. Hinthorn, her vehicle, or have any information on her possible whereabouts, please call 911 immediately.

Mrs. Hinthorn was located at 16600 N. Orical Road on 6/30/17 at 1530 hours, after being recognized from the Silver Alert. She was in good health and has been reunited with her family. 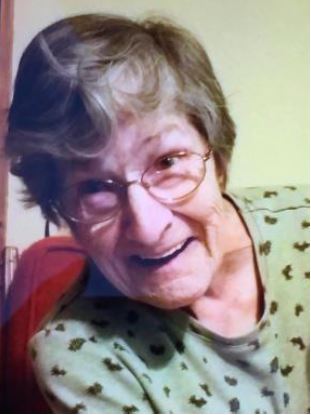