The suspects were identified as 22-year-old Arnoldo Anaya Preciado, of Phoenix, and 27-year-old Jose Lopez Osuna, also of Phoenix.

A search warrant for a Phoenix residence led to the seizure of more than 54 pounds of fentanyl pills, and more than one pound each of cocaine and heroin. Detectives also seized a vehicle and two firearms from the residence, including a stolen .45 caliber pistol. 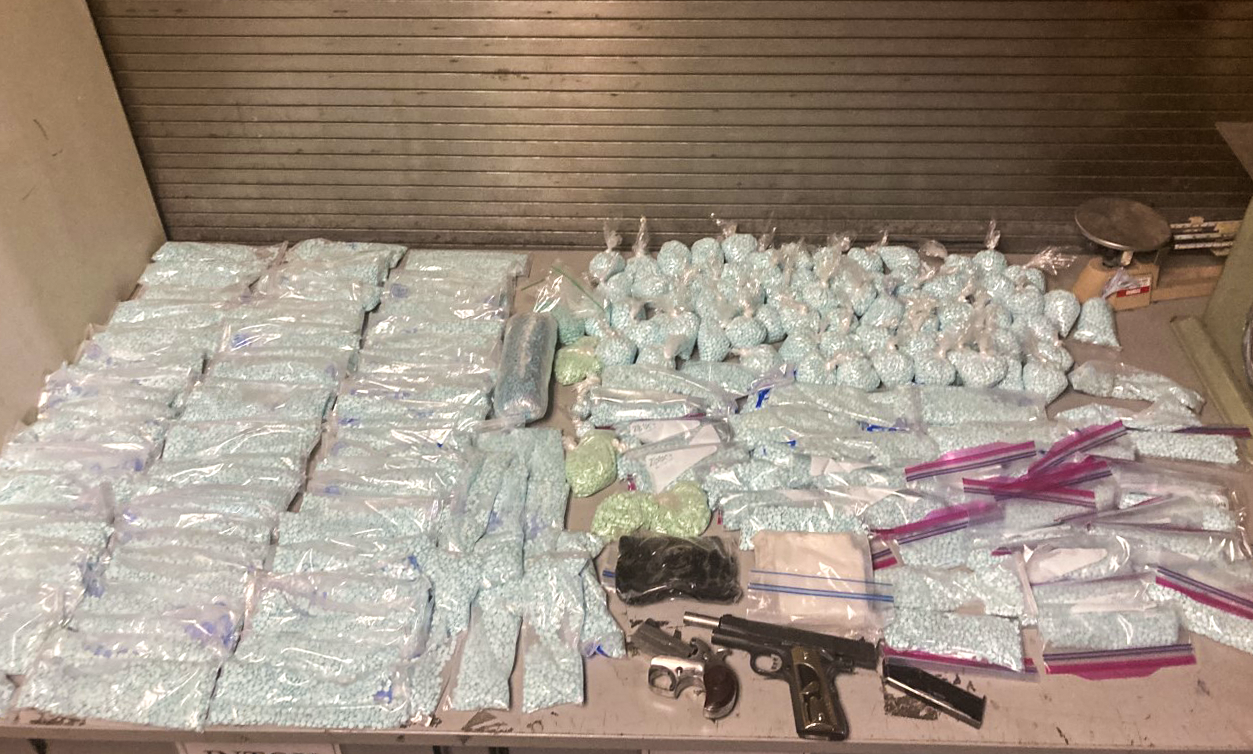