An additional 88 lb. of meth were seized the same day during a traffic stop in southern Arizona
Monday, January 27, 2020
- For Immediate Release -

Mohave County, Arizona — On Friday, January 24, 2020, an Arizona Department of Public Safety (AZDPS) trooper stopped a vehicle on Interstate 15 just south of Littlefield. During the course of the stop, the trooper requested a Mohave County Sheriff’s Office Deputy to assist.

Cause was developed and a subsequent search revealed 362 pounds of methamphetamine with an estimated street value of $4.1 million.

The driver and passenger, wife and husband, were identified as 52-year-old Julie Jeannie Mason of Burlington, Iowa and 38-year-old Maurius Montez Mason of Peoria, Illinois. They were arrested for possession of a dangerous drug and transportation of a dangerous drug. The suspects were booked into Mesquite, Nevada Police Detention.

This is the largest, single meth seizure in AZDPS history.

Pinal County — Earlier the same day, a trooper working in the Casa Grande area stopped a vehicle on Interstate 10 near McCartney Rd. During a subsequent search of the vehicle, the trooper located 88 pounds of methamphetamine with an estimated street value of $998,000.

The driver and passenger, identified as 26-year-old Roxana Juarez and 22-year-old Jesus Valenzuela of Nogales, Sonora, Mexico, were arrested for possession of a dangerous drug. The suspects were booked into the Pinal County Sheriff’s Office Jail in Florence.

The Arizona Department of Public Safety is a law enforcement agency whose mission is to protect human life and property by enforcing state laws, deterring criminal activity and providing vital support to the State of Arizona and its citizens. 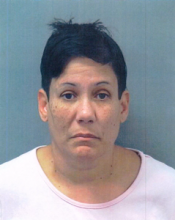 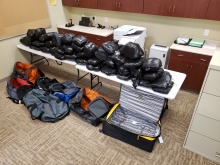 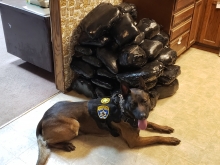