24-year-old woman stranded for five days in a remote area of the Havasupai Reservation rescued by Ranger 56
Wednesday, March 22, 2017
- For Immediate Release -

Coconino County, Arizona — A 24-year-old female from Texas, traveling in a remote area of the Havasupai Reservation, became stranded when her car ran out of gas. She was prepared and followed the proper survival procedures in this situation, which made it possible for the Arizona Department of Public Safety (AZDPS) Air Rescue unit to successfully find and bring her to safety.

On March 17, 2017, AZDPS Air Rescue received a call from the Coconino County Sheriff’s Office regarding a 911 call from a stranded female who told them she had been stranded for five days in a remote area near the south rim of the Grand Canyon. Before an exact location could be obtained, the cell phone call was dropped. Using their knowledge of the area, deputies from the sheriff’s office and troopers with the Air Rescue unit determined a likely area where the victim could be; Indian Route 18 and Anita Road within the Havasupai Reservation. 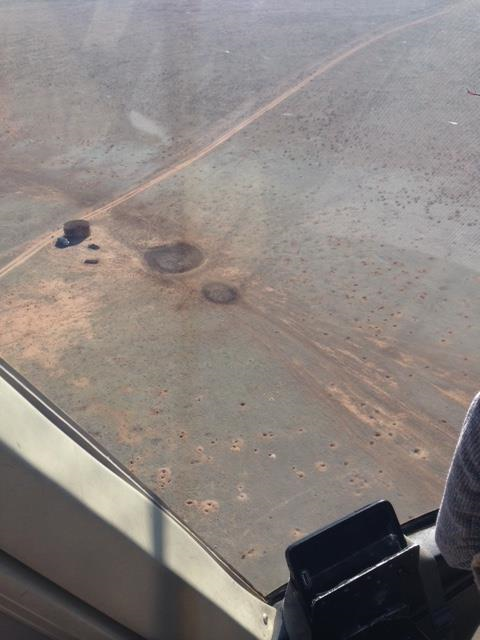 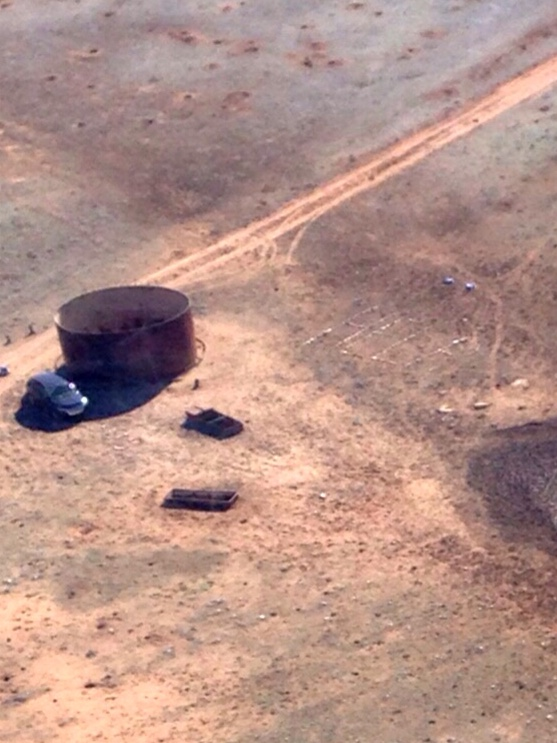 An AZDPS helicopter [tail number N56AZ] crewed by a pilot and trooper that is also certified as a paramedic, began a search of the area on Anita Road between Indian Route 18 and US 64. As they searched the area, the Ranger crew saw a glare off the road to the southwest. A closer check found the glare to be the vehicle they were looking for. A large makeshift “HELP” sign was located near the vehicle. The helicopter landed near the vehicle but found it empty. They did find a note left by the victim stating that she was going to walk along the road in hopes of obtaining a cell phone signal. Ranger took off and flew east, following the road. They spotted the victim on the road frantically waiving to get their attention. Ranger landed to give assistance. The victim identified herself as Amber Vanhecke, 24, from Texas. Her food was gone and she had almost run out of water when found by the Ranger helicopter crew.  She was treated at the scene for exposure, placed in the helicopter, and transported to the trauma center in Flagstaff. 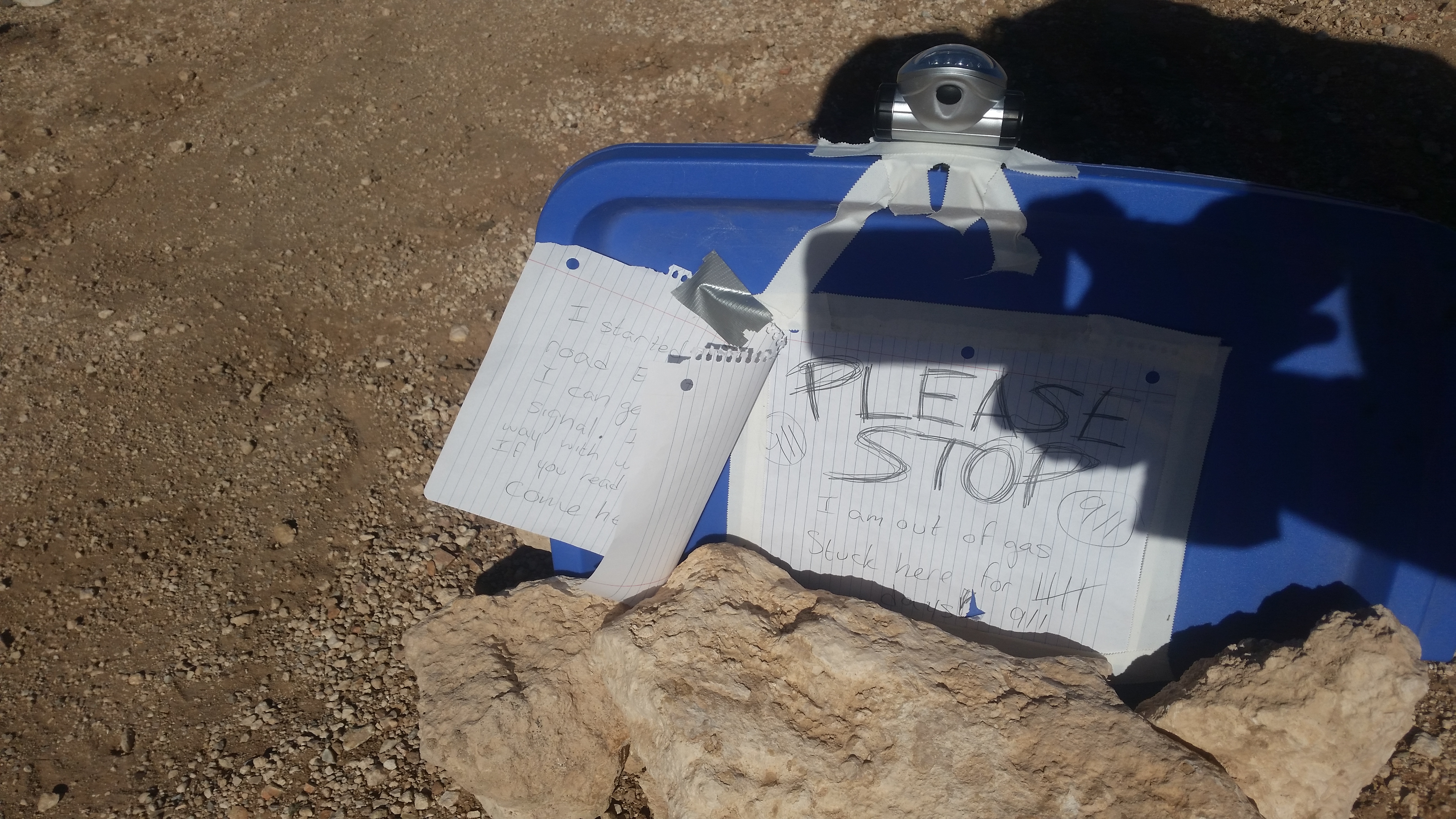 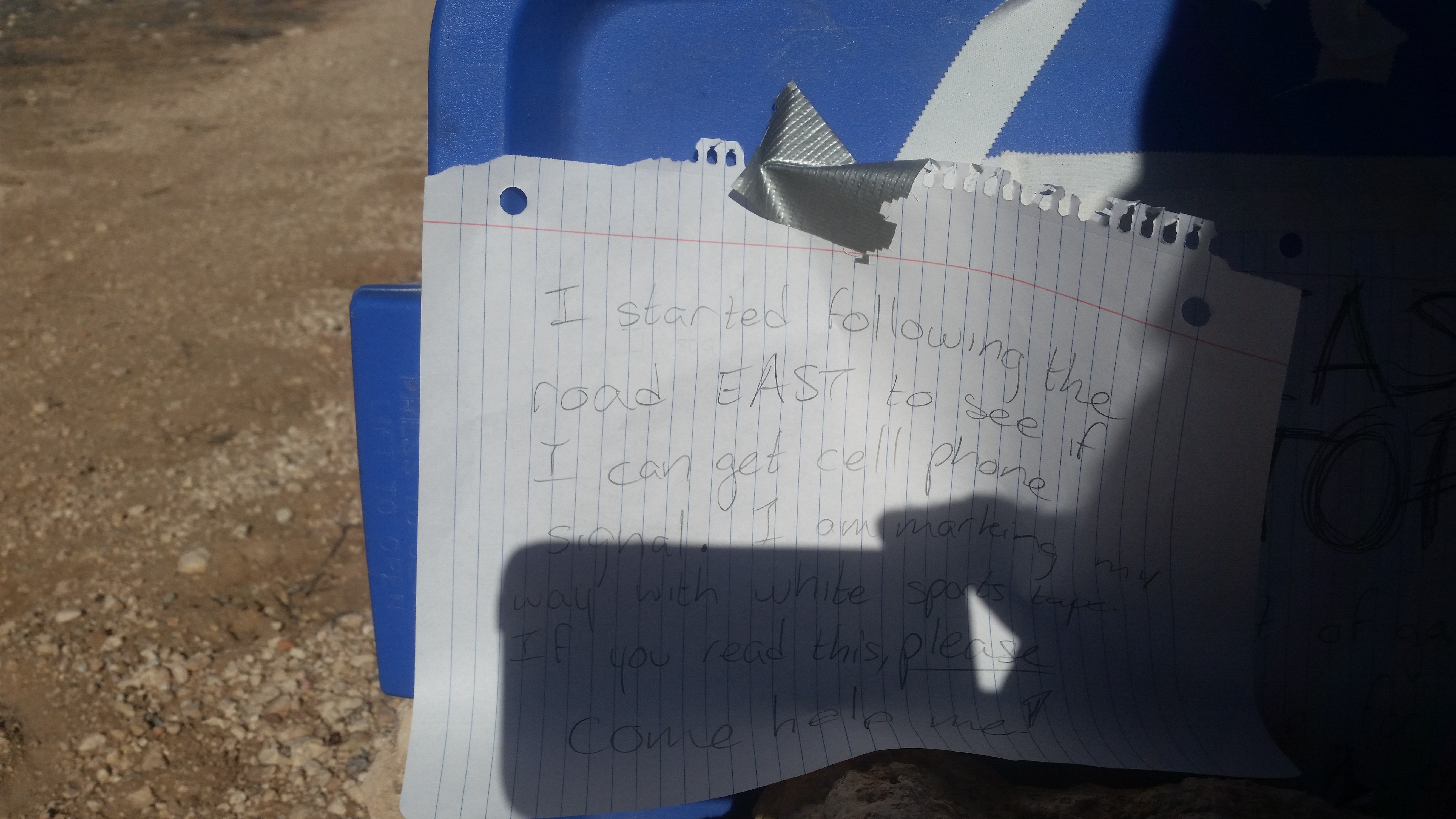 Trooper paramedic and crew member Edgar Bissonette said, “She was smart and prepared. She had food and water in her vehicle for the trip. Even though she was down to her last bit of water, it kept her going. When she left the vehicle, she left notes so we knew where to find her. She did everything right.” 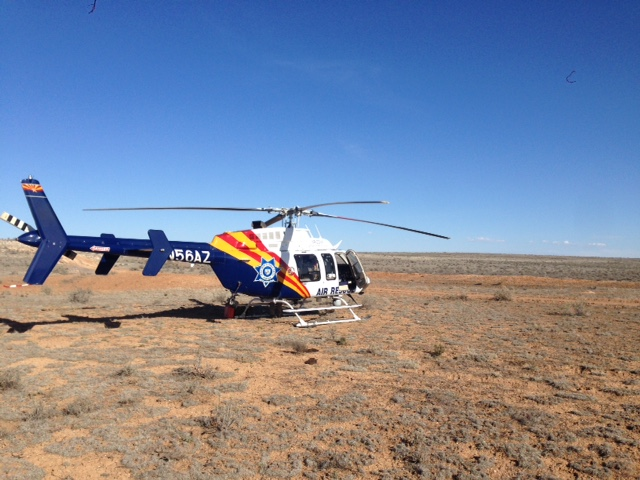 The Arizona Department of Public Safety is a state-level law enforcement agency whose mission is to protect human life and property by enforcing state laws, deterring criminal activity and providing vital support to the State of Arizona and its citizens.
Contact Us:
[email protected]
###