Troopers Seize Over 200 Pounds of Marijuana During Traffic Stop

Tombstone, AZ. – State troopers with the Department of Public Safety (AZDPS) seized over 200 pounds of marijuana during a traffic stop on State Route 80, milepost 324, south of Tombstone.

On Sunday, December 11, 2016, a trooper stopped a sports utility vehicle on State Route 80, milepost 324, for a traffic violation. As the trooper was speaking with the people in the vehicle he noticed several burlap backpacks containing marijuana in the rear storage area. The two subjects in the vehicle were placed under arrest. A total of eight burlap backpacks containing 201.91 pounds of marijuana were seized. The marijuana has a street value of approximately $172,000. 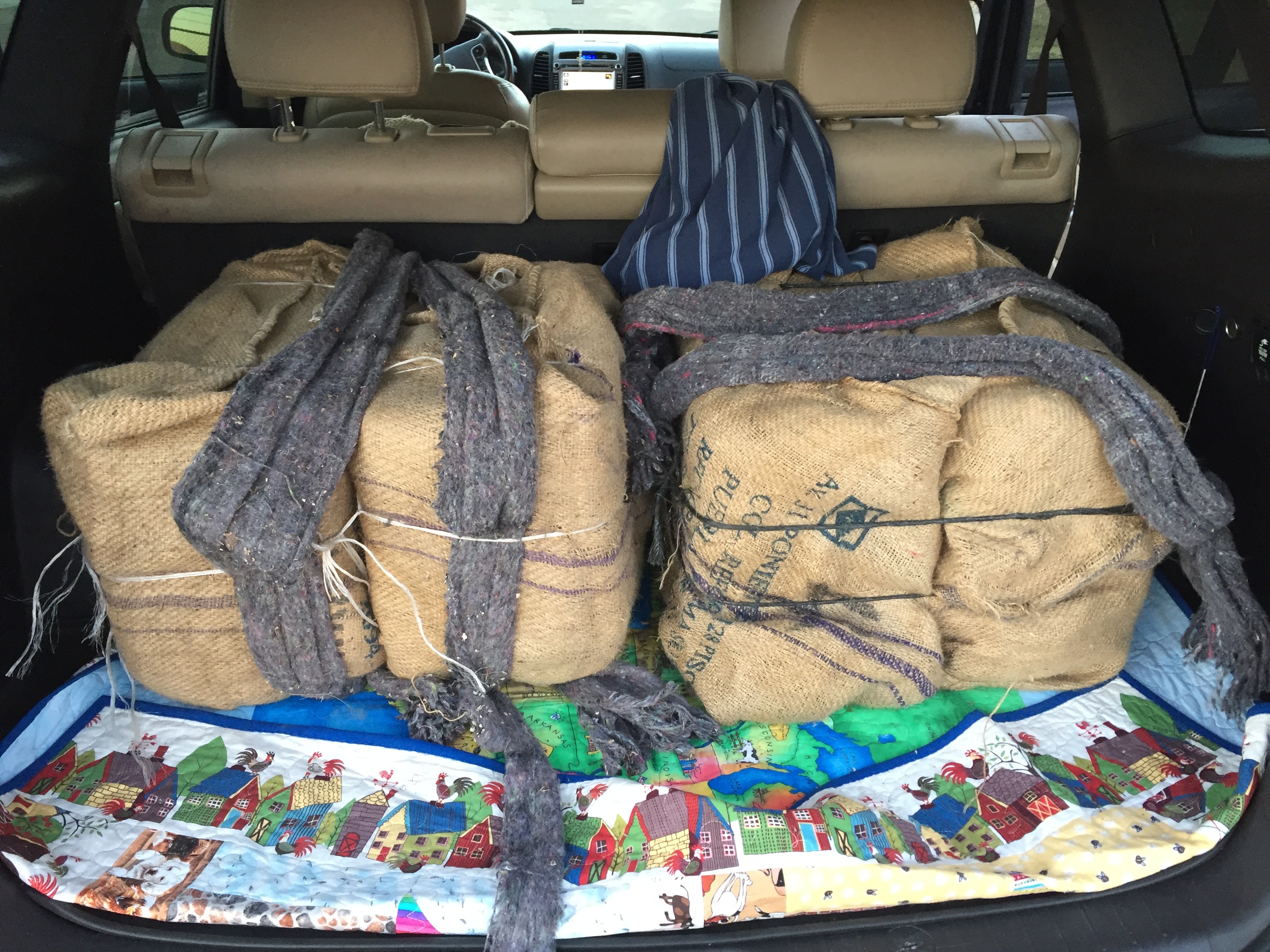 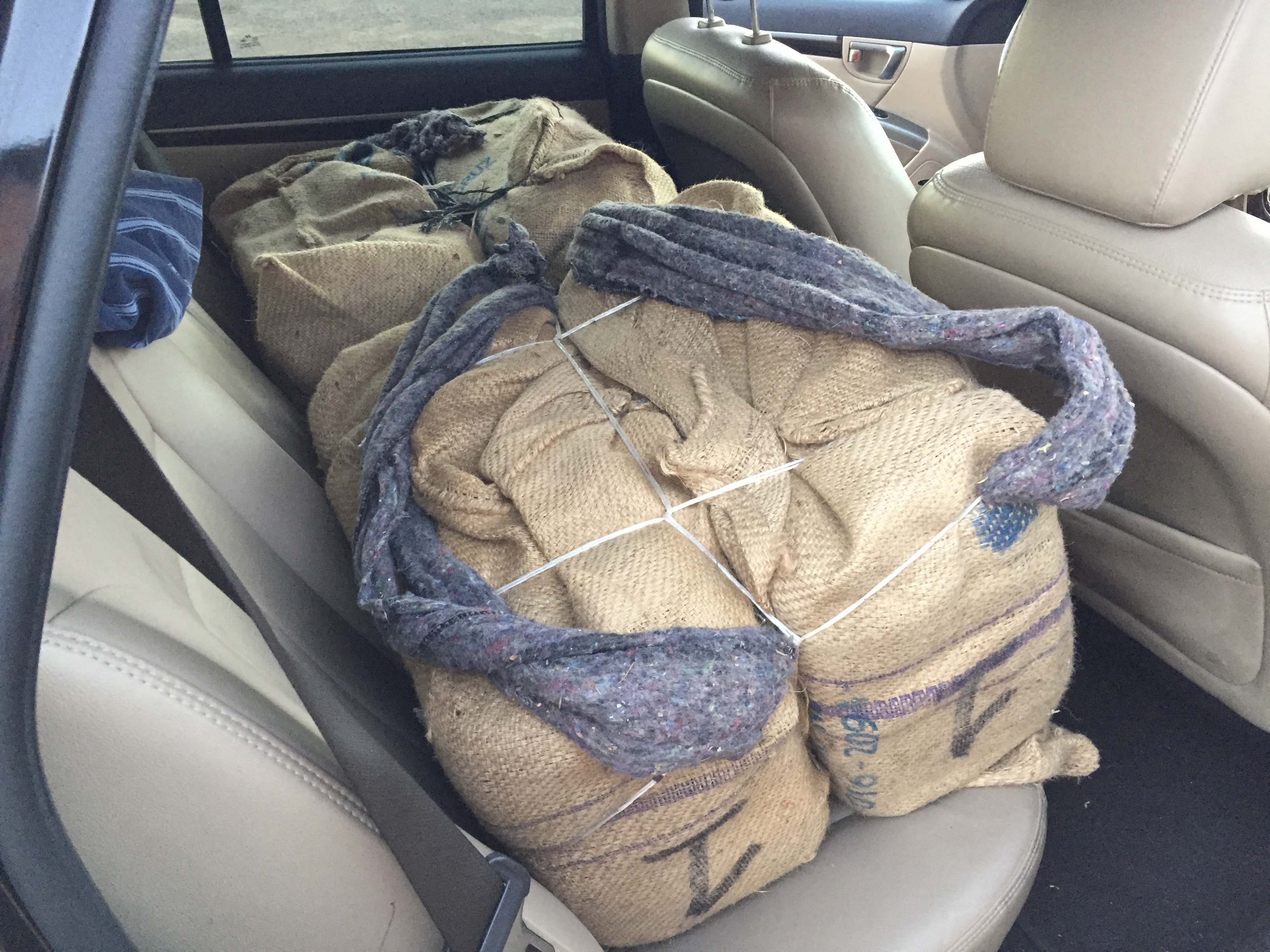 Captain Dean Chase, AZDPS District Nine Commander, said, “Our troopers understand the damage that illegal drugs cause our community and they aggressively enforce drug laws. They continue to work tirelessly to intercept as many drug loads as possible before they hit the streets and ruin the lives of our citizens.” 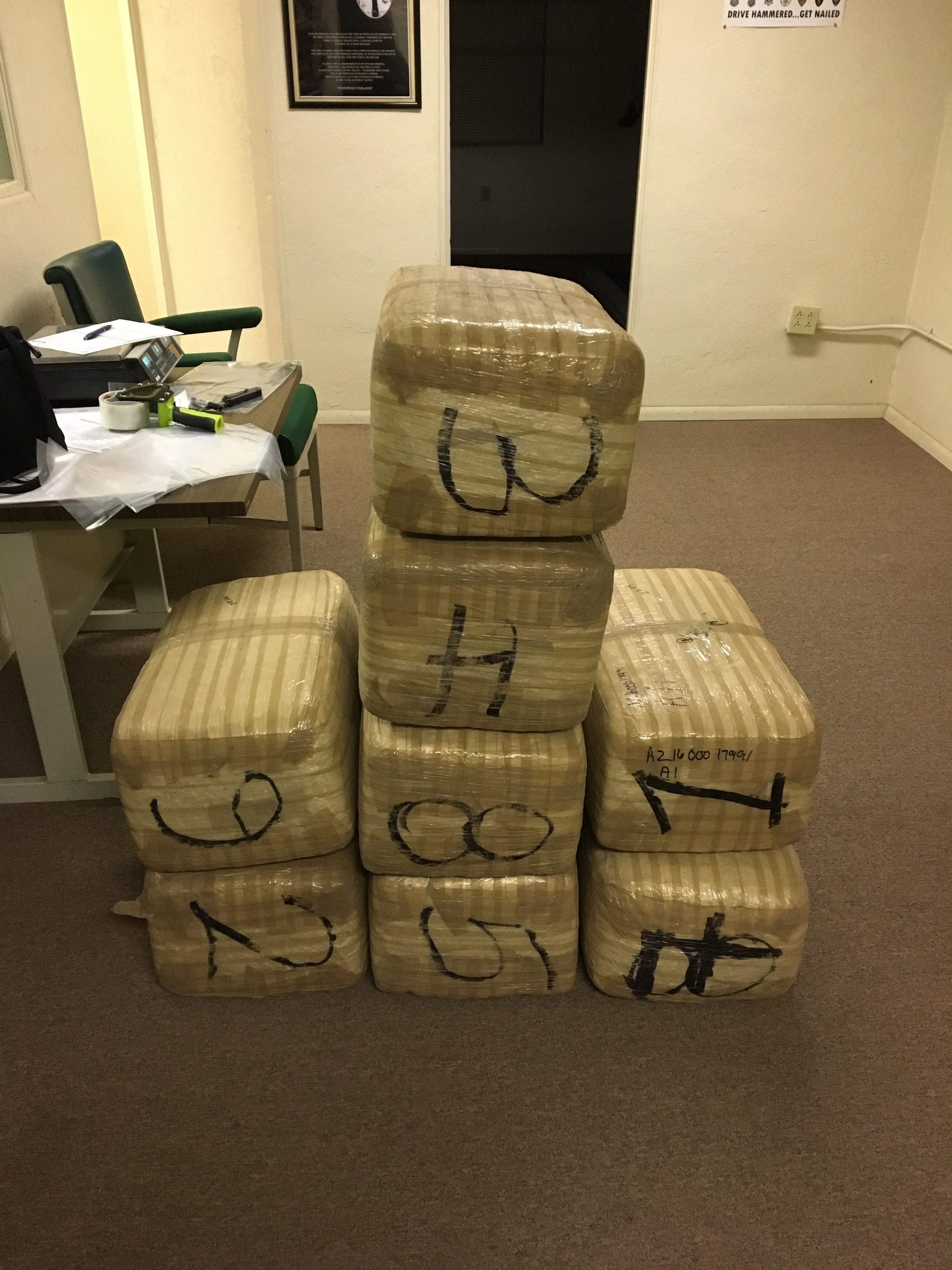