Payson, Arizona — Three suspects were arrested when they were found in possession of approximately 114 pounds of marijuana during a traffic stop on SR 87, south of Payson.

On December 4, 2016, Arizona Department of Public Safety (AZDPS) troopers stopped a white Chevrolet pickup for traffic violations as it was travelling northbound on SR 87 at milepost 250 near the Mazatzal Casino. The troopers observed indicators of criminal activity and a K9 officer was called to the scene. A National Forest Service K9 officer responded to assist. During a search of the vehicle, five large plastic wrapped packages of marijuana were found in a tool box and equipment box located in the bed of the pickup. The marijuana weighed 114.7 pounds and had a street value of approximately $69,000. The AZDPS Gila/Navajo County Narcotics Unit is conducting the investigation. 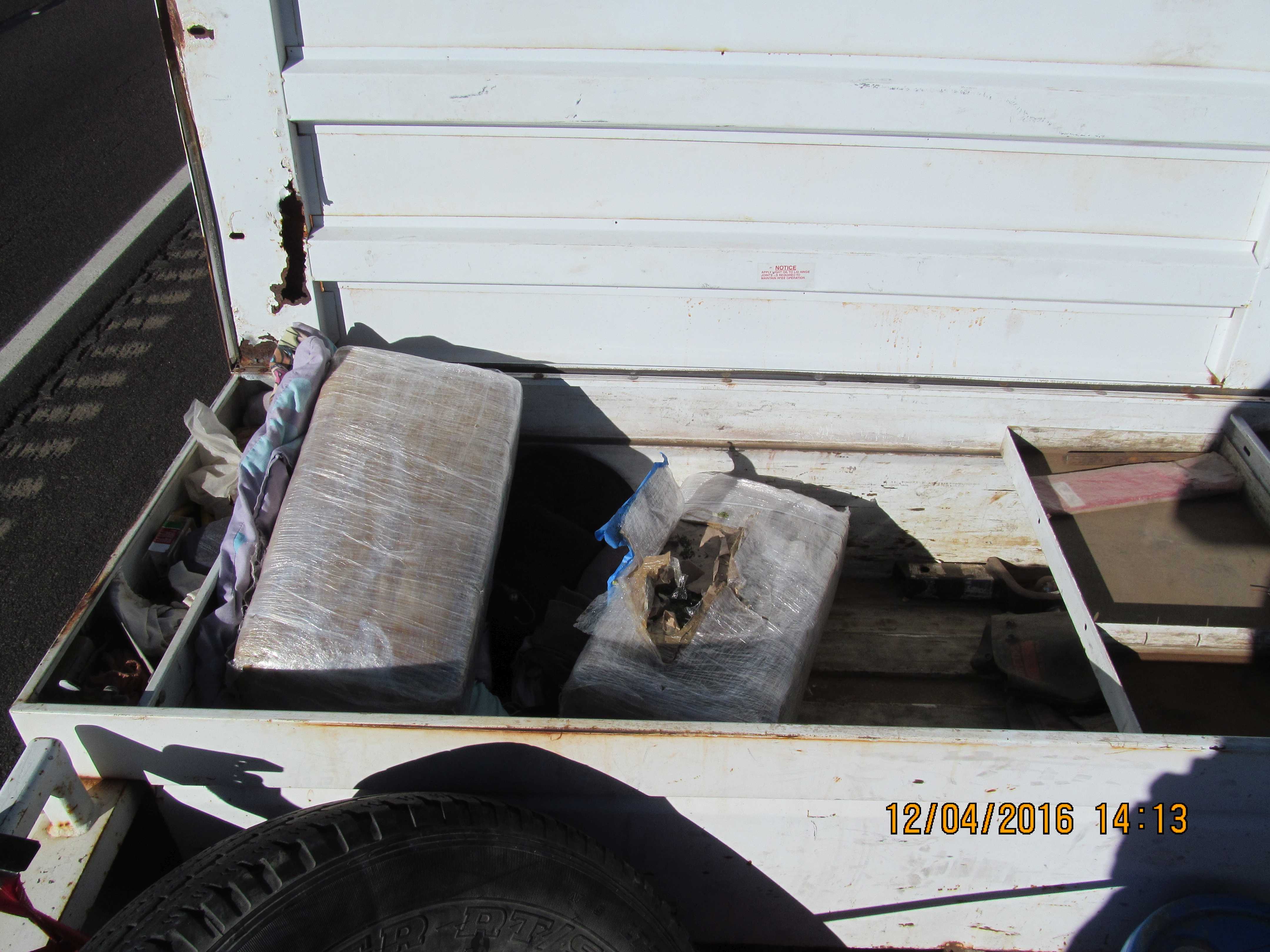 AZDPS Assistant Director, Lt. Col. Hunter said, “Through interagency cooperation and the combination of our resources, we will continue to remove dangerous drugs off the streets. Together we are committed to making communities in Arizona safer through the aggressive enforcement of our state’s drug laws.”