Gila County — On Monday, November 27, 2016, at about 10:00 a.m., the Arizona Department of Public Safety (AZDPS) Air Rescue Helicopter, Ranger 52, was requested by the Gila County Sheriff's Office to assist with the search and rescue of a father and son who had gone camping and were reported overdue.

The father and son were supposed to have met other campers in the area on Friday. After they failed to show up, the other campers contacted the Gila County Sheriff's Office.

Ranger 52, which is stationed out of Tucson, responded to assist with the search and rescue. With no precise location of the campers, Ranger began its search in an area along US 60 from Globe. While Ranger was in the air, the Gila County Sheriff’s Office received information from a hunter who reported observing a truck near the Salt River about 20 miles east of Roosevelt Lake.

Ranger responded to that area and located the truck. The crew found the father and son who were outside their tent waving down the helicopter. Ranger made a confined area landing and a trooper paramedic hiked to the subjects, who were found to be in good shape and did not need medical attention. The father said their truck had slid down a steep hill in soft dirt and they were unable to get it back up to the road. They had been stranded since Friday night, living from the camping supplies they brought with them. 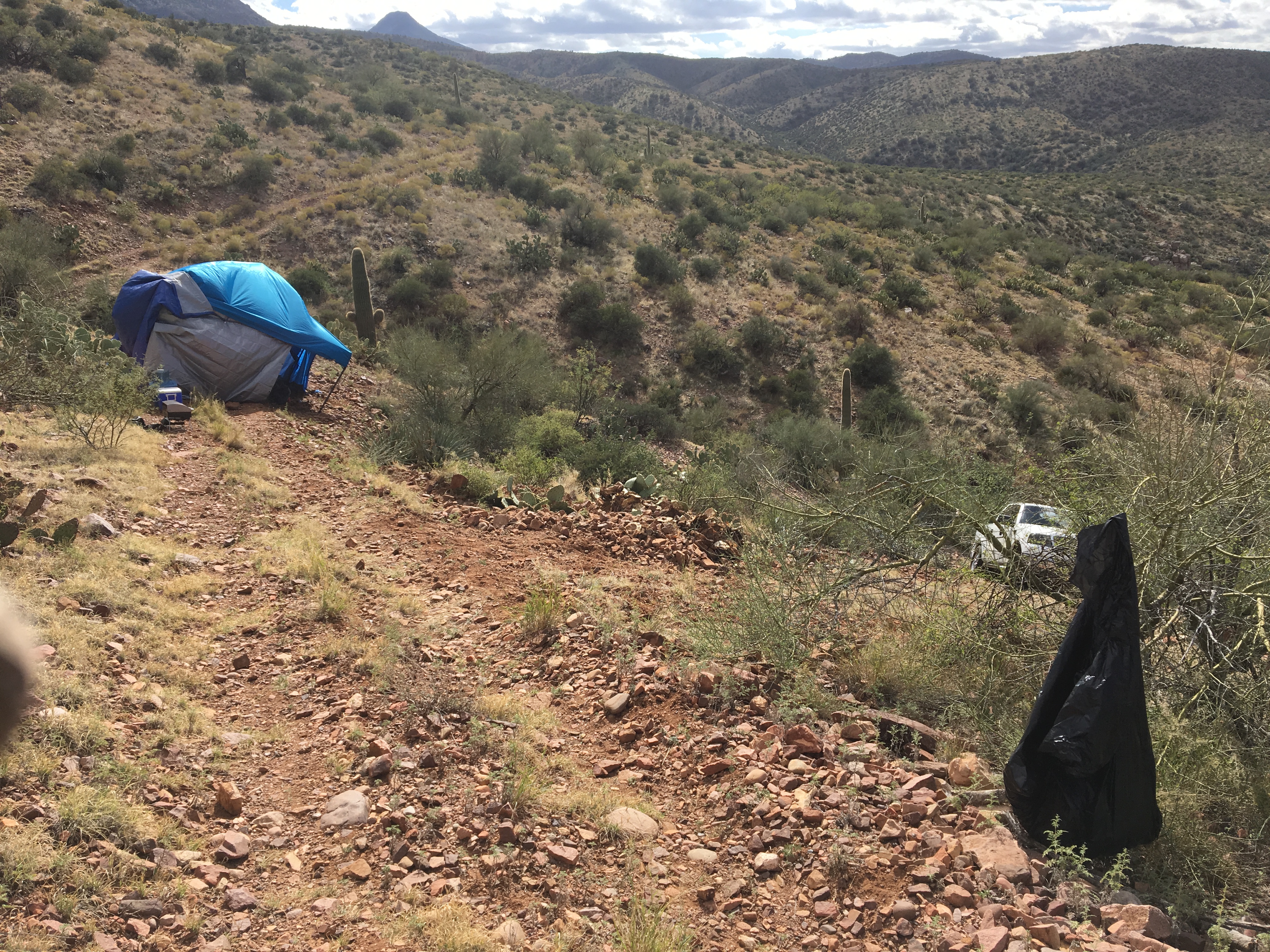 The father and son were flown to the Gila County Sheriff's Office command post located on Forest Road 303.

Southern Air Rescue Supervisor/Pilot Hunter French said, “These two did everything right and were prepared for the emergency. They had supplies available and they let others know where they were going. They also made themselves visible when they became stranded.”

AZDPS reminds everyone to let someone know where you are going and when you expect to return. Never hike alone, have a friend with you, expect drastic changes in weather, expect and plan for problems that will arise. Have the proper equipment available and carry plenty of food and water.