Superstition Mountains, Arizona — On Saturday, November 12, 2016, at about 11:46 a.m., the Arizona Department of Public Safety’s (AZDPS) Aviation Unit received a request from the Pinal County Sheriff’s Office (PCSO) to assist in the removal of a hiker who had been injured during a hike in the Superstition Mountains east of Phoenix. The area in which the hiker was located was extremely rugged, making any rescue attempts difficult.

Ranger 52, one of the Department’s helicopters and its crew flew to the rugged area in the Superstition Mountains and located the injured hiker. Due to the rugged terrain, Ranger 52 was unable to land. The crew configured the aircraft for a short-haul flight and inserted a PCSO Search and Rescue technician near the inured hiker with rappel rope. Once the technician and hiker were secured together with a harness, Ranger 52 lowered a steel cable to the technician; once attached, they were flown [externally] to the search and rescue command post located within the Lost Dutchman State Park. The hiker was treated for injuries at the command post. 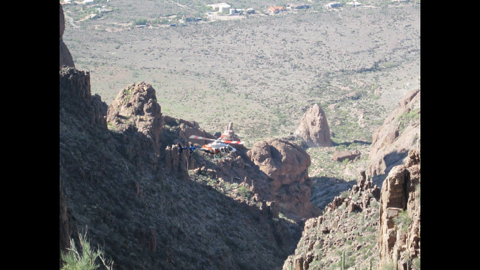 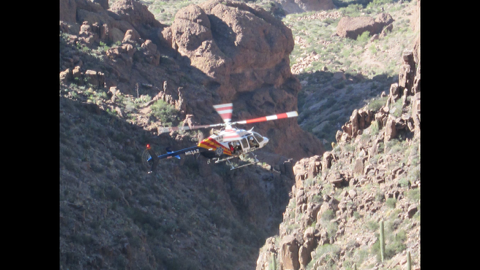 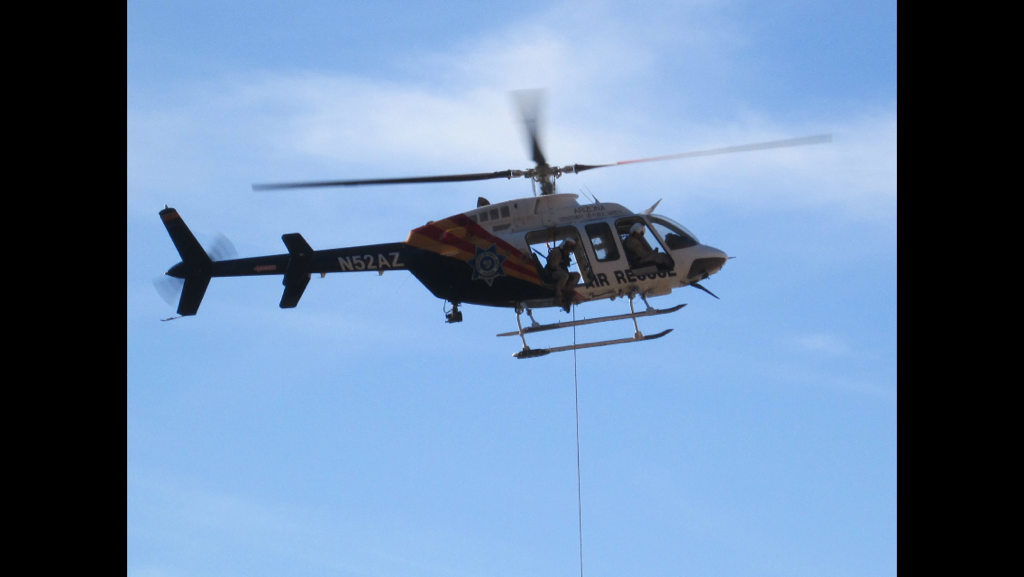 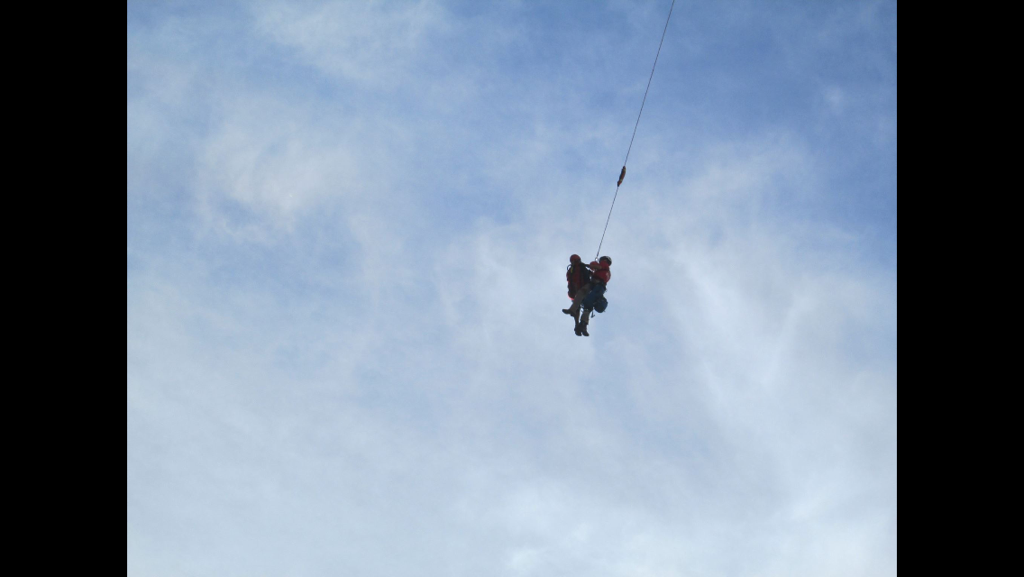 Clifford Brunsting, Chief Rotary Wing Pilot at AZDPS said, “Our Aviation troopers are highly trained and ready to provide the best technical aerial rescue and support service for our community and local law enforcement partners throughout the State. We always do our best to make Arizona safer.”