The ceremony, which will begin at 1 p.m., will be held near the building’s main entrance, which is located at 2222 W. Encanto Blvd. in Phoenix.

The 90,000-square-foot building, formerly known as Encanto Plaza, is newly remodeled and now houses a variety of AZDPS functions and work groups that interact directly with the public.

The building was extensively remodeled and reconfigured over the past two years by AZDPS so that it could become a “one-stop shop” for those in need of public safety services.

Many of these units were previously located in different AZDPS buildings.

“By having all of our public service units together under one roof, we are going to be able to provide better, more timely customer service to the citizens of Arizona,” said Capt. Jason Yeager, who oversees the Facilities Section at AZDPS.

The building, which has been re-named Sheinfeld Plaza, is also being filled by other AZDPS units requiring space as the agency adjusts to accommodate the ever-changing needs of law enforcement, as well as those of the citizens of Arizona.

The building also features a new, state-of-the-art training room for AZDPS training classes and other functions.

A single public arrival point is located directly off of Encanto Boulevard with 64 public parking spaces. The public entrance is centered in front of the building and denoted with a large canopy.

Inside the public main entrance, AZDPS security personnel serve as a control point, handing out service counter call numbers and registering visitors. Seating areas and restrooms are available for those waiting to be called to a service counter. 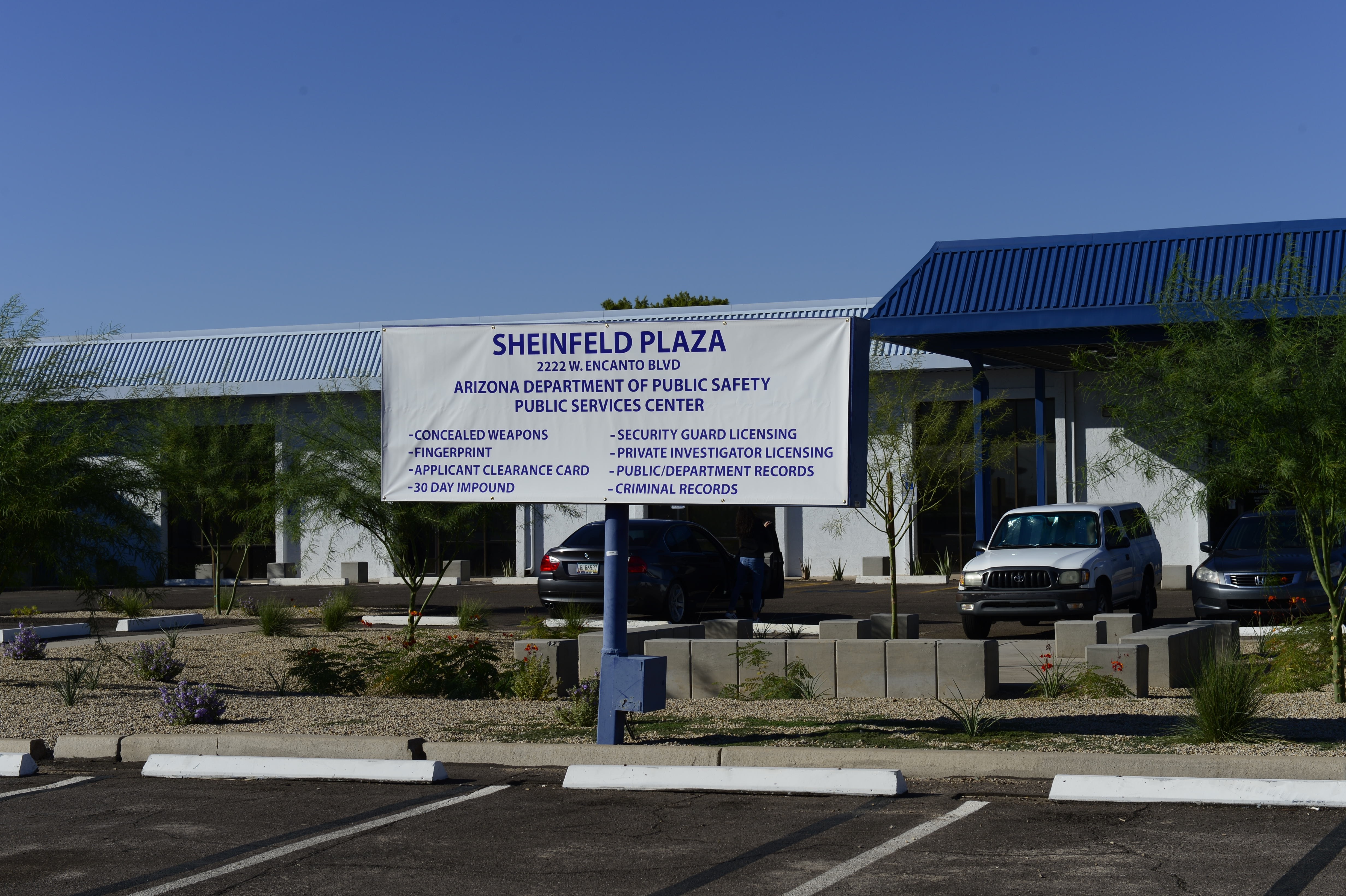 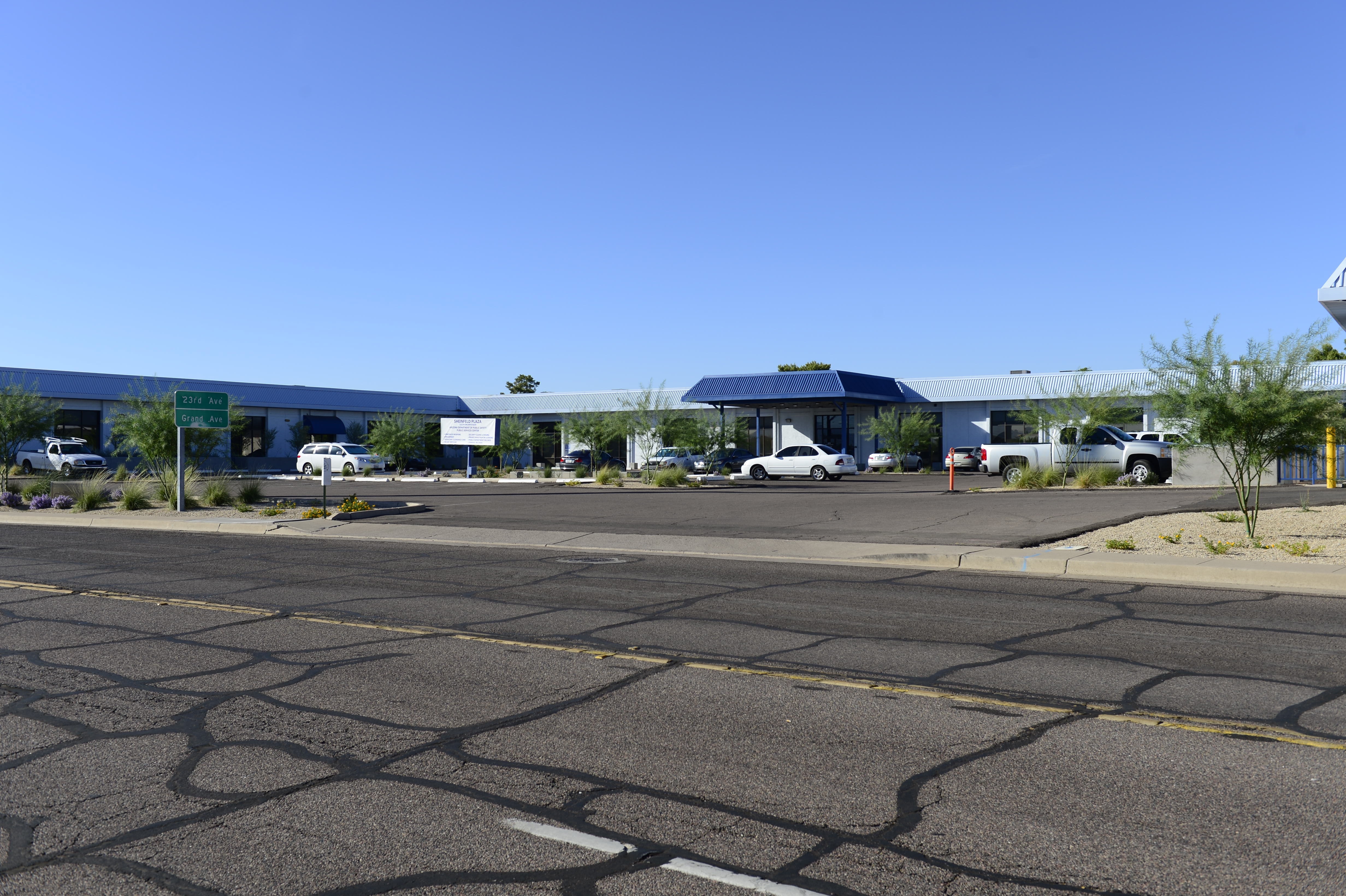