Fort Apache Indian Reservation — The Arizona Department of Public Safety (AZDPS) assisted authorities in northern Arizona by combining manpower and resources to root out 2,413 marijuana plants and transport them by air to a designated safe area where they could be destroyed. The illegal marijuana crop was located south of Cibicue on August 19, 2016, by a DPS helicopter crew.

A plan was composed in order to have the multi-agency team hike to the cultivation site. Once there, they uprooted the marijuana plants, bundled them into large bushels and staged them for extraction by air. The DPS helicopter crew lowered an external load steel cable to the ground team so they could sling the marijuana bushels to it. The crew then conducted several flights to transport the marijuana bushels from the grow site to a designated safe area where the WMAT Fire Department oversaw the controlled destruction of the illegal plants with fire. The estimated street value of the marijuana is $2,894,400. 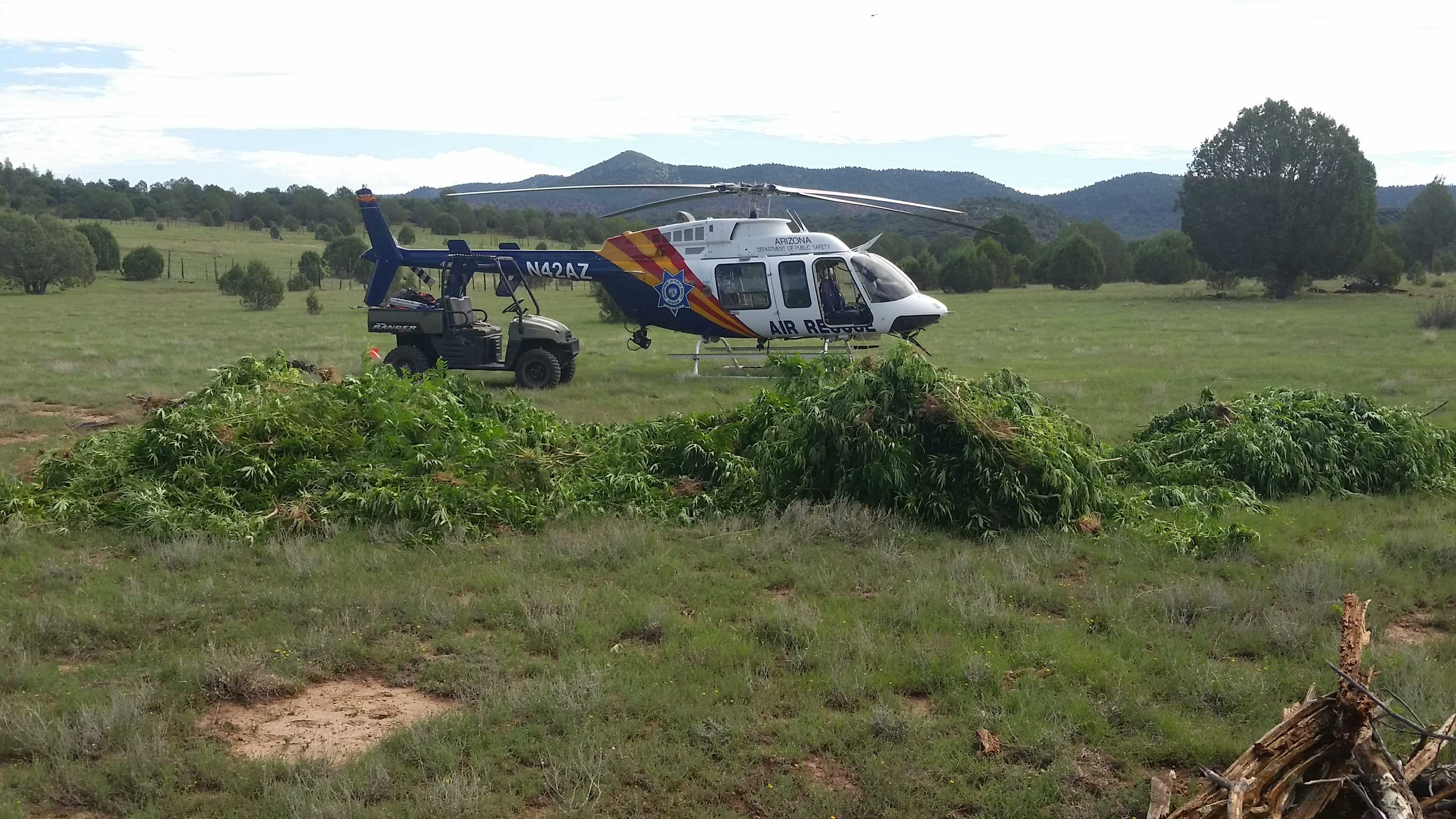 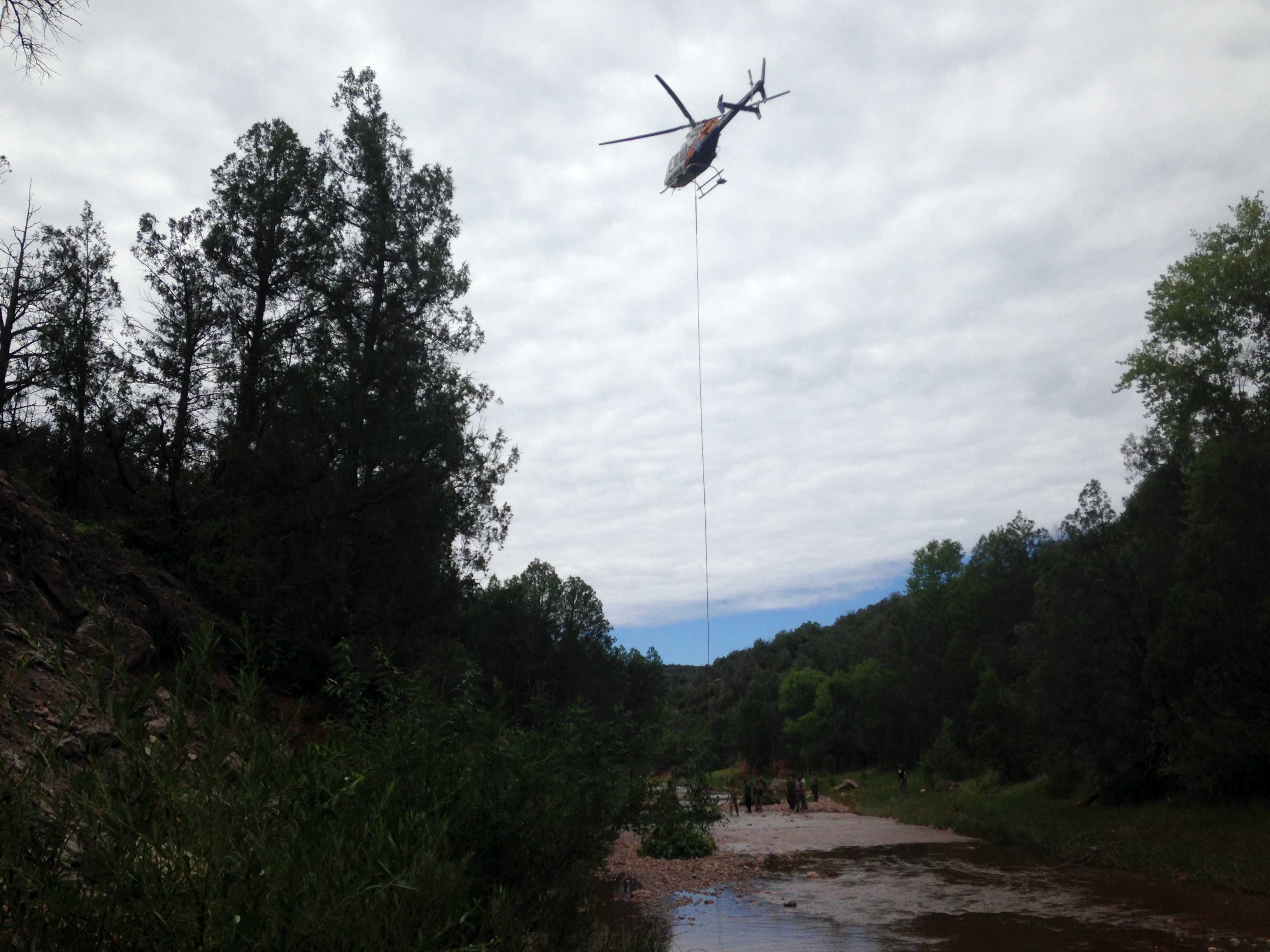 We thank all of the agencies that assisted us with the marijuana eradication operation; we will continue to investigate this case, said Chief Game Ranger Chadwick Amos of the White Mountain Apache Tribe.

DPS Captain Jennifer Pinnow said, “This is another case of State Troopers working with their law enforcement partners to remove illegal drugs from our communities. In this case, armed men, working to protect the marijuana crop, confronted a tribal member on sovereign tribal land. Fortunately for all, no one was harmed by this illegal activity before law enforcement could take action.”

No arrests have been made; the case remains under investigation. If anyone has information please contact the Arizona Counter Terrorism Intelligence Center (ACTIC) at 877-272-8329, 602-644-5805 or electronically at http://www.azactic.gov/Contact/