On Wednesday, December 23, 2015, at approximately 9:30 p.m. the Arizona Department of Public Safety (ADPS) responded to reports of a road rage incident on northbound State Route 101 near Indian School Road in Phoenix (West Valley). An occupant in one of the vehicles fired a handgun into the second vehicle, striking two victims, who were subsequently transported to a local hospital.

There were no indications the parties in the two vehicles knew each other.
Detectives from the DPS Major Crimes District are investigating the shooting incident and are seeking information leading to the arrest of the occupants of the suspect vehicle.

The occupants were described as white, or light-skinned Hispanic males in their early to mid-twenties.
Anyone with information regarding the suspects or their vehicle are encouraged to contact DPS at (602) 223-2212, Silent Witness at (480) WITNESS (948-6377), or submit an anonymous tip via Suspicious Activity Reporting at www.azactic.gov/Tips

Phoenix — Two men suffered gun shot wounds as they were traveling northbound along L101 near Indian School Road, in a maroon sport utility vehicle (SUV) at about 9:32 p.m. on December 23, 2015.

That is when the driver, age 26, was shot in the leg and the passenger, age 20, was shot in the chest. Both men were taking to a local hospital by the Fire Department and were reported to be in stable condition.

State detectives have taken over the investigation and are asking for the public’s help in locating the suspects in this case by calling 602-223-2212 with any information about this incident. The suspects are described as white males or light skinned hispanic males driving a grey Honda passenger car.
The Arizona Department of Transportation (ADOT) closed the L101 beginning at westbound I10 and all the way through northbound L101 at Indian School Road. 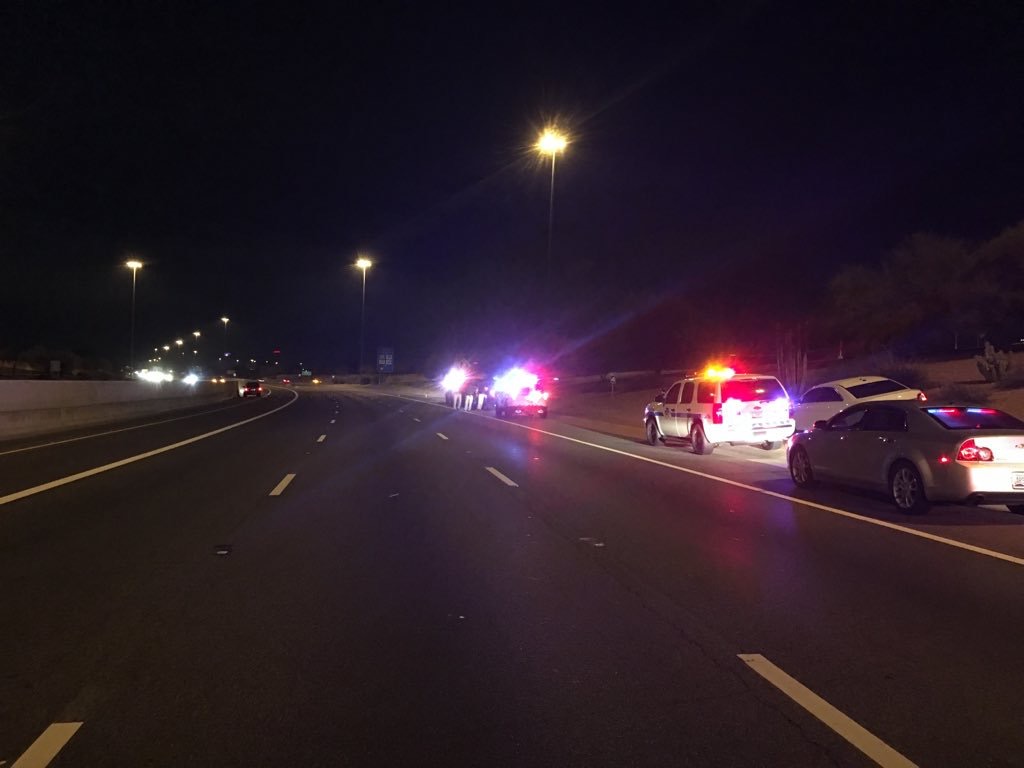