Two Killed in Collision on U.S. 93 Near Wickenburg

AZDPS will hold a media availability with the two good Samaritans who rescued Trooper Casey Rhinehart from his patrol vehicle following the fatal collision on U.S. Route 93 near Wickenburg on April 30, 2021.

Trooper Rhinehart was released from the hospital on the afternoon of Tuesday, May 4th, 2021.

**Please enter at southeast vehicle gate. Push intercom button to communicate and check in with security.

Media should confirm attendance via email by contacting [email protected].

The deceased driver of the Honda Accord has been identified as 23-year-old Alexis Wilson, of Chandler.

The deceased driver of the Chevrolet Suburban has been identified as 43-year-old Catherine Winegar, of Tucson.

On Friday, April 30, 2021, at 8:29 p.m., an Arizona Department of Public Safety (AZDPS) trooper responded to a motorist assistance request reported from a call box at milepost 172 on U.S. Route 93 northbound, near Wickenburg. The trooper contacted three occupants of a 2003 Chevrolet Suburban who advised they were low on gas and believed they could not make it to a gas station. The trooper told the motorists he believed they had enough fuel to get to the nearest station and advised he would follow them in his patrol vehicle.

The Accord continued northbound and rotated out of control, striking the trooper’s Chevrolet Tahoe patrol vehicle, which rotated and came to rest on the southbound shoulder. The trooper was trapped in his vehicle but was extricated by two individuals who stopped near the collision. After he was extricated, the trooper’s Tahoe became fully engulfed in flames.

The Accord was badly damaged after colliding with the trooper’s Tahoe, and was struck by a fourth vehicle, a 2021 Toyota Corolla. The occupants of the Corolla were not injured.

The female driver of the Honda Accord died on the scene.

The female driver of the Chevrolet Suburban also died on the scene.

The trooper was also airlifted to a Phoenix-area hospital with serious but non-life-threatening injuries. 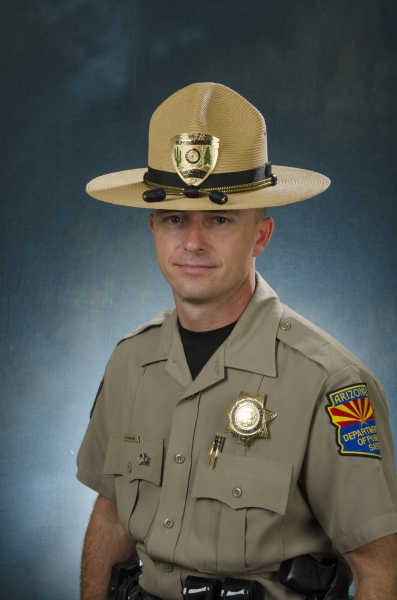 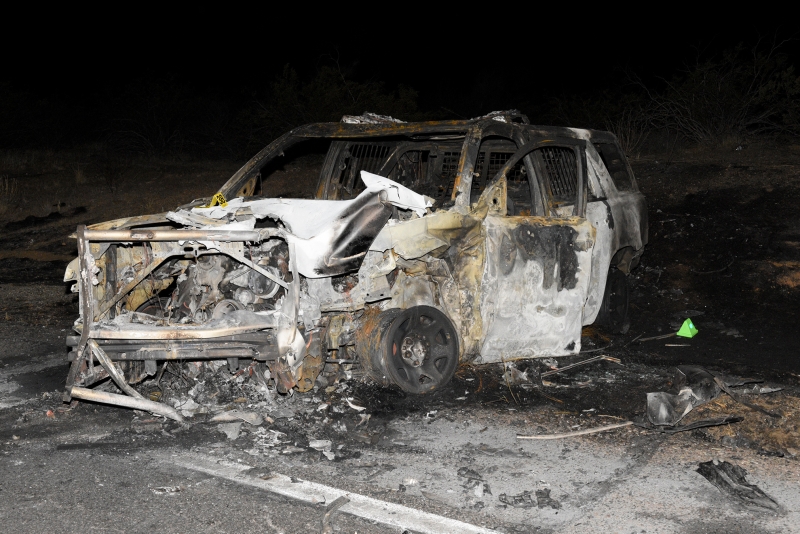 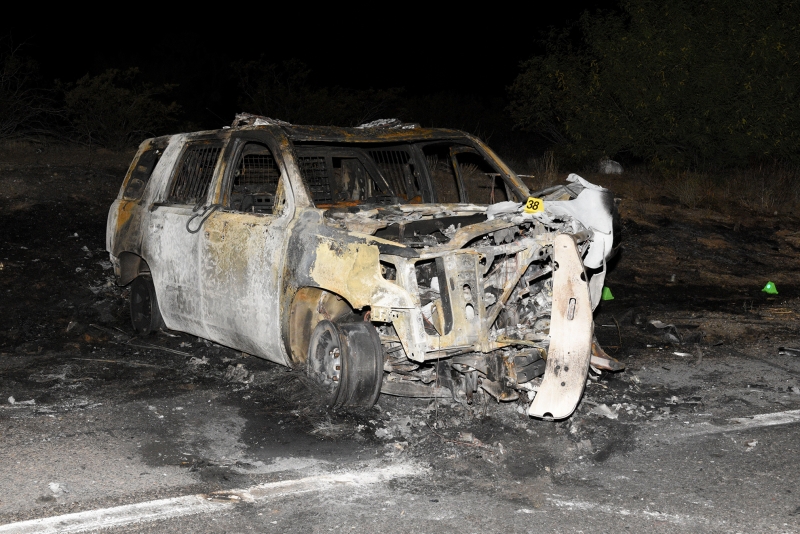 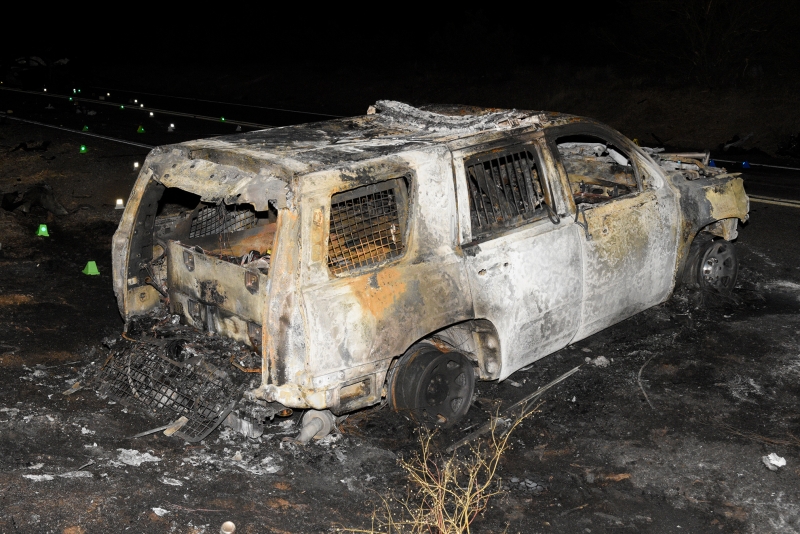