The wrong-way driver has been identified as Hannah Dike, 25, of Phoenix.

Dike was released from a medical rehabilitation facility and booked into the Maricopa County Jail on one count of reckless manslaughter.

On Wednesday, February 10, 2021, at approximately 12:31 a.m., troopers received multiple calls of a wrong-way driver traveling on Interstate 10, eastbound in the westbound lanes near Ray Rd. The vehicle was described as a silver sedan.

Shortly after, troopers were notified of a collision involving the wrong-way vehicle west of Chandler Blvd.

The driver of the victim vehicle, 31-year-old Robert William Kramer, of Phoenix, succumbed to fatal injuries at the scene.

The driver of the wrong-way vehicle, a 25-year-old female from Phoenix, was transported to a local hospital with serious but non-life-threatening injuries.

Impairment by the wrong-way driver is suspected.

A third vehicle was struck by debris from the initial crash. That driver was not injured. 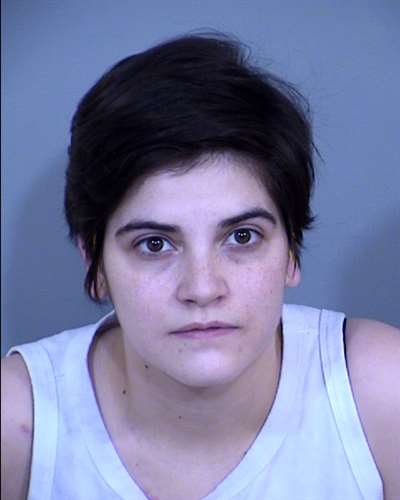