On Thursday, August 20, 2020, at approximately 7:15 a.m., an Arizona Department of Public Safety (AZDPS) trooper in a patrol vehicle prepared to make a traffic stop on a driver on Interstate 10 eastbound near Chandler Boulevard. As the trooper activated his patrol vehicle’s emergency lights for the traffic stop, the driver of a black Ford F-150 truck approached the trooper from behind at a high rate of speed.

State troopers successfully deployed spike strips at milepost 181, deflating both of the F-150’s front tires. The driver continued eastbound towards Casa Grande, where a successful PIT maneuver was conducted at milepost 192. The driver, identified as Carlos Martinez Baldenegro, 38, of Tucson, was taken into custody.

AZDPS has information indicating Baldenegro also caused several collisions in the Phoenix metro area and almost struck an Arizona Department of Transportation (ADOT) worker prior to the pursuit.

Baldenegro was booked into the Pinal County Jail on the following charges:

The suspect will also face charges in Maricopa County. 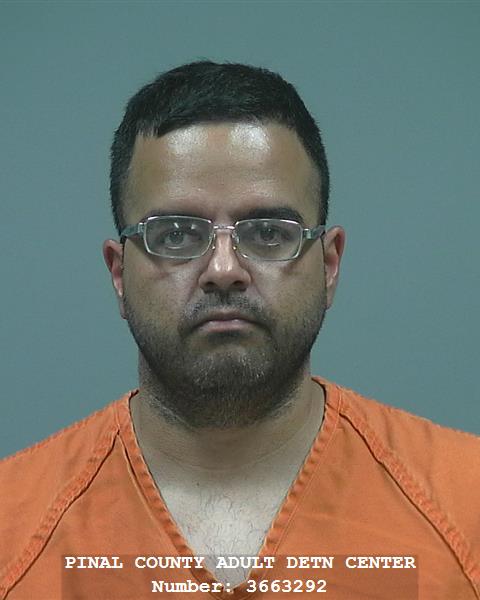 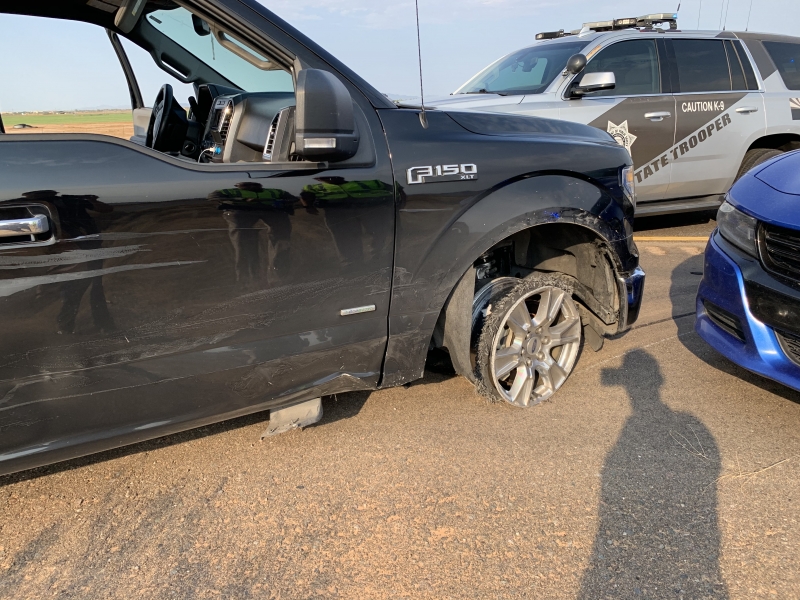 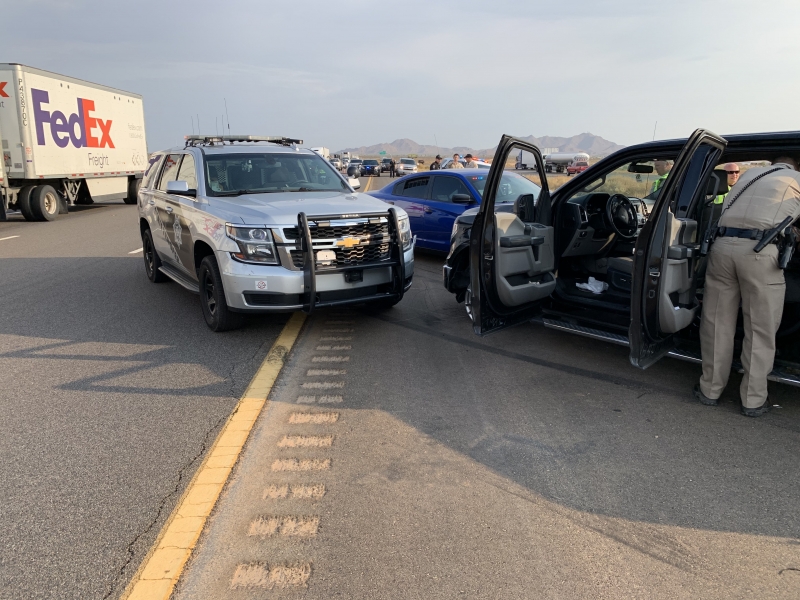 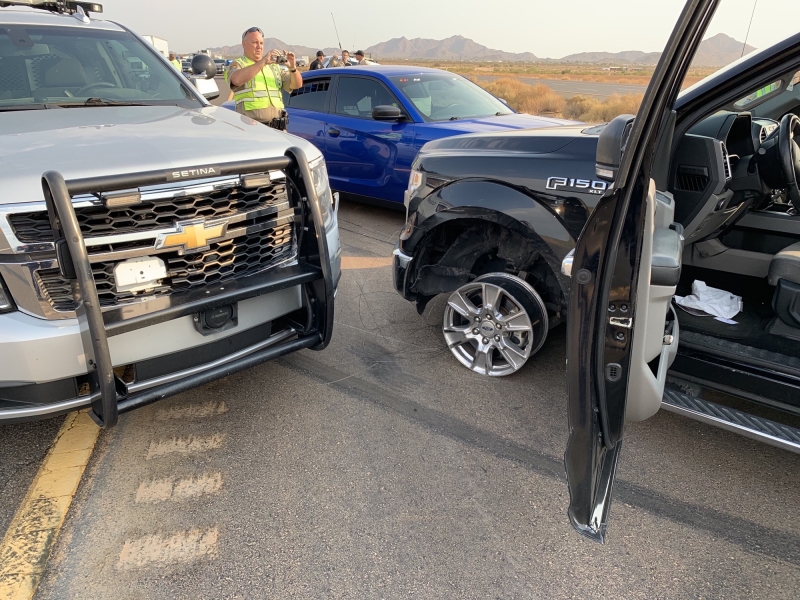