This was not the first time AZDPS detectives investigated this drug house. On July 15, 2020, a search warrant was executed, and 10 suspects were taken into custody at the same location. Among those arrested was the homeowner, 68-year-old Wendie Clement. At that time, detectives seized numerous items including dangerous drugs, narcotics, paraphernalia, a .380 Ruger pistol and two vehicles.

After being released from jail, the suspects returned to the residence and resumed their illegal drug enterprise. Local residents reported heavy vehicle traffic throughout the day and night at the residence, similar to activity observed prior to the July 15th warrant execution.

During service of the July 29th search warrant, seven of the same suspects from the prior warrant were in the residence, including the homeowner, Wendie Clement.

Nearby residents came out of their homes while detectives were on the scene and thanked them for taking action to shut down the illegal activity taking place in the house. As part of the ongoing attempt to make the community safer and solve the continuous problems posed by the owner of the house, the Maricopa County Attorney’s Office placed a racketeering lien on the residence.

The following is a list of individuals arrested as part of this investigation, their submitted charges along with their date(s) of arrest.

“Shutting down this drug house is a direct result of vigilant neighborhood residents reporting criminal behavior. With the assistance of the Maricopa County Attorney’s Office, this neighborhood is now safer,” said Lt. Col. Deston Coleman, Assistant Director of the Criminal Investigations Division at AZDPS. “Remember, if you see something, say something.” 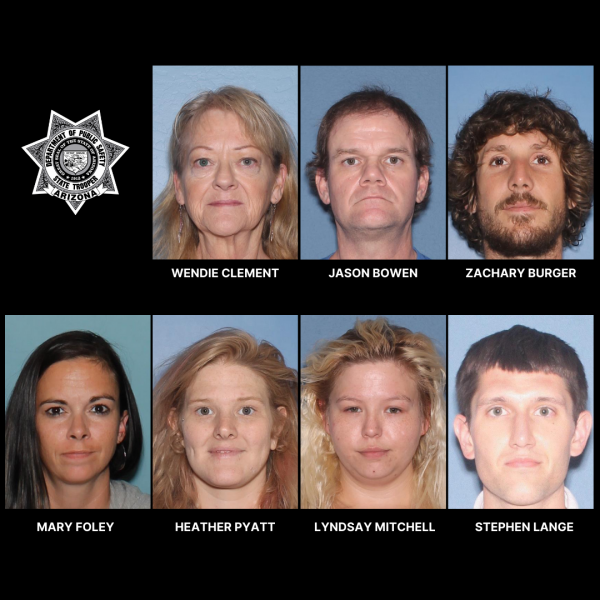