Troopers Return Fire on Homicide Suspects During Pursuit on I-40

The suspects have been identified as:

They have both been booked into the Apache County Jail and are awaiting extradition.

On February 28, 2020, at 2:19AM, the Arizona Department of Public Safety was notified by the New Mexico State Police (NMSP) they were involved in a vehicular pursuit of heavily armed homicide suspects, and the pursuit was inbound to Arizona from New Mexico.

Information about the homicide, which includes stolen weapons, will be referred to the Los Angeles Police Department.

The suspects are identified as a 37-year-old man and a 25-year-old woman. They will be facing multiple felony charges in Arizona as a result of their actions.

The suspect truck, a white Ram pickup, is reported stolen.

“Our state troopers should be commended for their fast thinking and bravery in stopping a lethal threat that entered into our state," said Lt. Colonel Heston Silbert, Deputy Director of AZDPS.

One lane of Interstate 40 westbound is now open through the area. 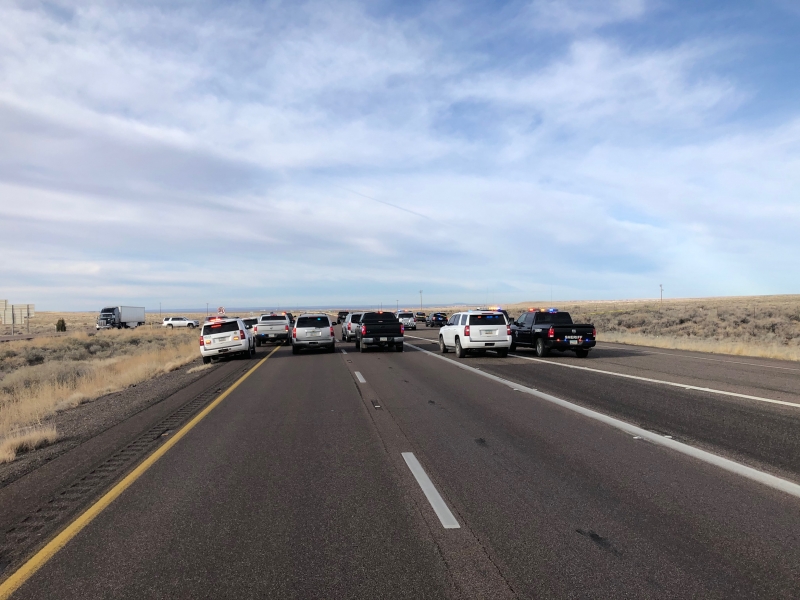