Eldorado Mukaj has been charged with aggravated DUI, two counts of aggravated assault and four counts of felony endangerment in connection with a wrong-way injury collision November 4, 2019 on State Route 51. Two Tempe Police Department officers were injured in that collision.

Mukaj has extensive injuries and continues to undergo long-term treatment in a hospital. His injuries are so severe that he cannot be booked into jail at this time.

The case has been referred to the Maricopa County Attorney's Office.

The wrong-way driver, operating a 2018 Chevrolet Corvette, was traveling south in the northbound lanes of SR-51 when he impacted two fully-marked TPD vehicles. A TPD sergeant was driving a Chevrolet Tahoe northbound when the wrong-way driver struck his patrol vehicle head-on. The collision debris then impacted a second TPD vehicle, a Ford Explorer driven by a TPD officer who was traveling behind the TPD sergeant.

The TPD sergeant and officer suffered minor injuries and were transported to a local hospital.

The driver of the wrong-way vehicle, identified as a 27-year-old man from Ohio, was also taken to a nearby hospital where he is being treated for serious but non-life-threatening injuries.

AZDPS detectives are leading the investigating and believe impairment is a factor.

AZDPS will provide updates as they become available. 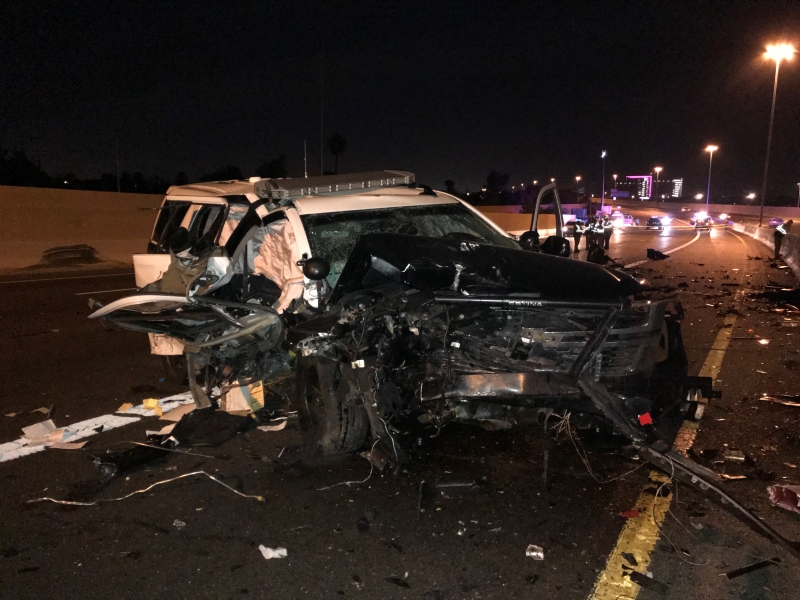 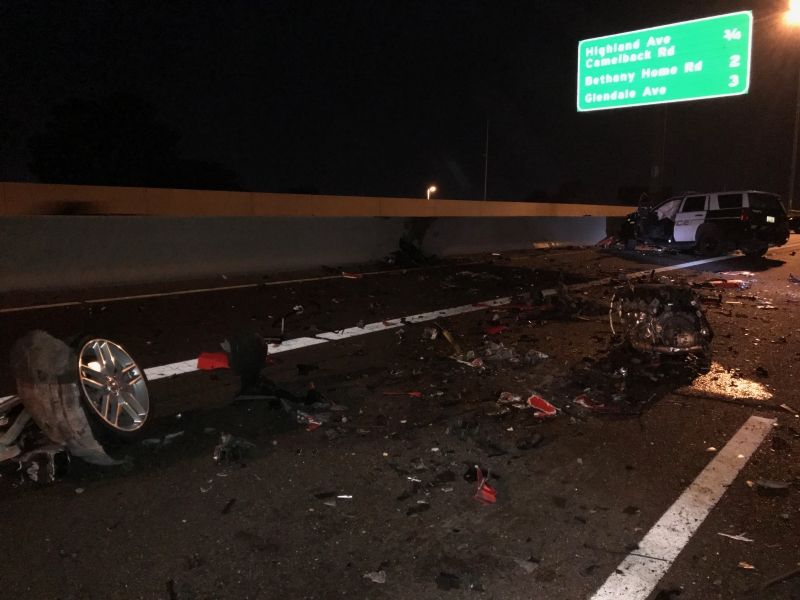 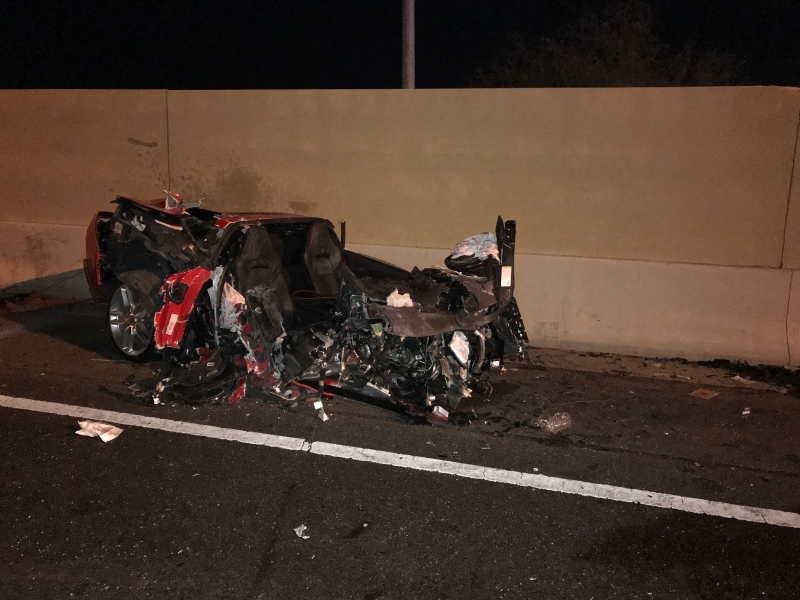