Suspect Isaac D. King was released from the hospital today. He was then transported and booked into the Maricopa County Sheriff's Office jail at 11:48 a.m.

Although suspect Isaac Damon King is still hospitalized, King made a remote Initial Appearance (IA) before a judge today from his hospital room.

Isaac D. King has been charged with:

On Wednesday, July 25, at 10:17 p.m., the Department's Dispatch center (Operational Communications) received 911 reports of a male suspect throwing rocks at vehicles traveling eastbound along I-10 near Avondale Blvd.

Trooper's Dorris and Rodecap were transported to a valley hospital where they were treated and released.

Trooper Tyler Edenhofer was hired by the Department in September of 2017; he graduated from the Advanced Trooper Academy on May 4, 2018. Edenhofer is also a U.S. Navy veteran.

Trooper Dorris was hired by the Department December of 2005.

Trooper Rodecap was hired by the Department May of 2008.

The male suspect is in custody and being treated at a valley hospital. No further information is being released about the suspect at this time.

Director Milstead said, "I'm incredibly proud of the men and women that show up every day to do this job and that they are brave enough to come out and face the unknown."

The Department asks the media and public to refrain from attempting to make contact with our troopers, their families and other department employees in order to gain information and/or interviews regarding this tragic event. We are asking for time to mourn the loss of Trooper Tyler Edenhofer. 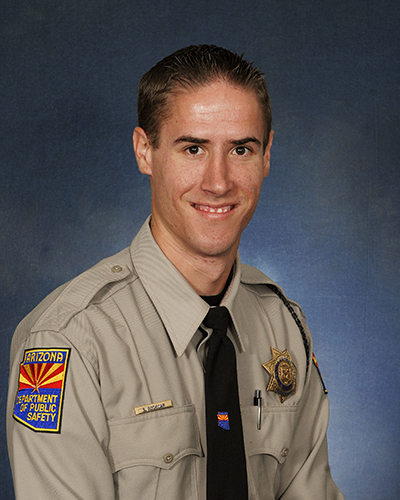