The suspect driver, 47-year-old Corey Dixon of Los Angeles, was pronounced deceased on scene at 3:43 p.m.

The driver of the semi truck was treated at a local hospital for non life-threatening injuries.

Dixon was wanted by the Los Angeles County Sheriff’s Office for attempted homicide on a family member which occurred early on the morning of February 14th. Authorities say Dixon stabbed his 21-year-old daughter following a family dispute and then fled in a 2002 GMC Yukon before police arrived. The previous day, February 13th, Dixon appeared in court on a charge of violating a restraining order. Detectives say Dixon fled the hearing when it was clear the judge was going to order him back to jail.

The victim truck driver was treated and released from Abrazo West Hospital.

Dixon has a violent and dangerous criminal record in several states.

On Wednesday, February 14, 2018, at 2:26 p.m., an AZDPS Trooper attempted to stop a vehicle for speed eastbound along I-10 at milepost 24. The vehicle fled from our trooper at a high rate of speed. The trooper later discovered the vehicle had been used in an attempted homicide in Los Angeles, California. The vehicle then crossed the median and went wrong way where it struck a commercial truck-tractor pulling a flat bed trailer at milepost 44.7.

The suspect driver was pronounced deceased on scene at 3:43 p.m.

The driver of the commercial truck was treated at a local hospital for non life-threatening injuries.

We will not be releasing suspect I.D. until next of kin notification has been completed. 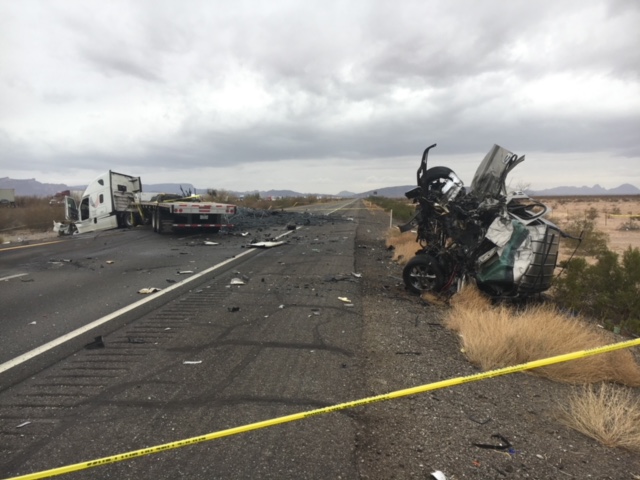 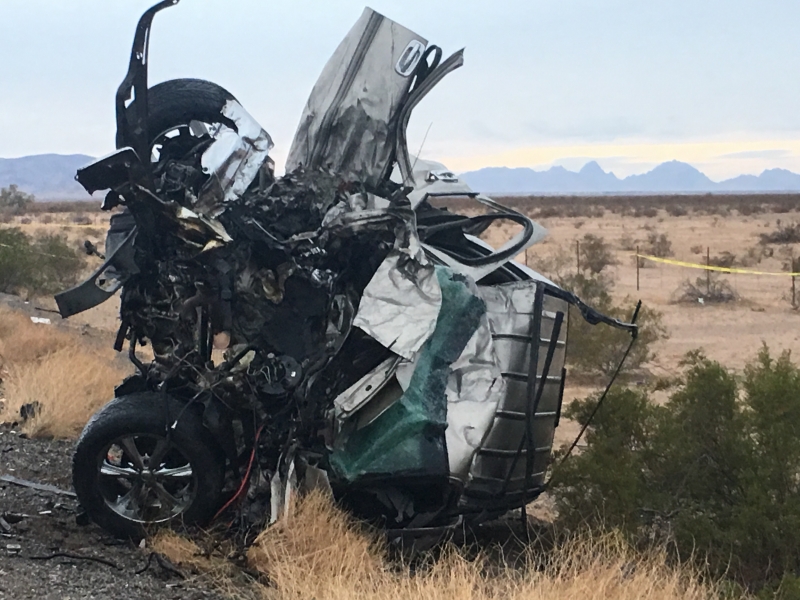 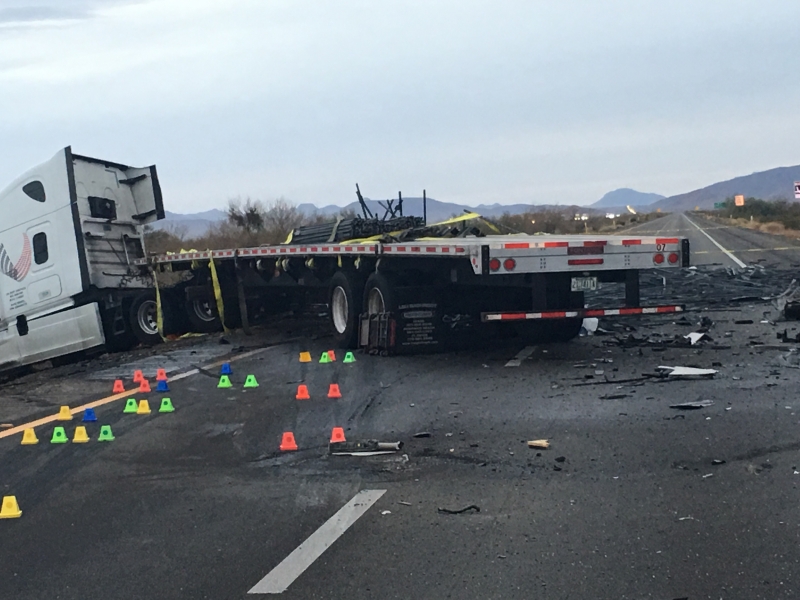