Pursuit in West Valley Ends in Crash in East Valley

Today, at about 9:59 a.m., an Arizona Department of Public Safety (AZDPS) sergeant attempted to stop a red Jeep Cherokee SUV for a moving traffic violation along northbound SR 85 near milepost 138, west of the Phoenix metro area. The red Jeep SUV failed to stop for the sergeant and a pursuit was inititated northbound along SR 85. 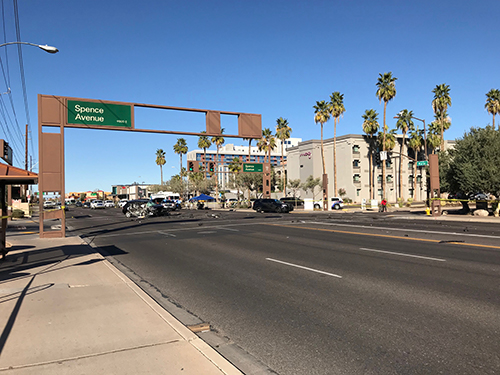 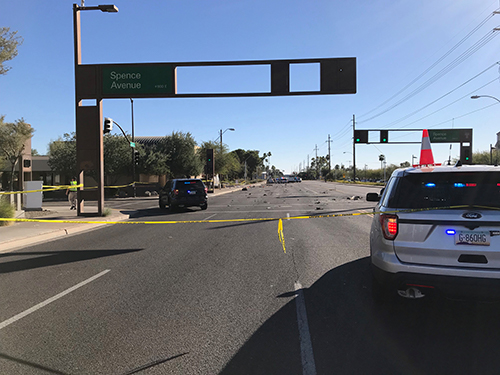 Assisting troopers attempted to deploy Stop-Sticks on two occasions, but the suspect avoided them. The suspect SUV reached I-10 and proceeded eastbound, generally traveling at or below the posted speed limit. While on I-10, road spikes were deployed one more time without success. While eastbound on I-10 near 59th Avenue, a law enforcement helicopter arrived on scene and began to follow the pursuit while troopers disengaged, shutting off all lights and siren.

The suspect vehicle traveled through the Phoenix Metro area and transitioned onto eastbound SR 202. The SUV then exited at Scottsdale/Rural Road and headed south into Tempe. 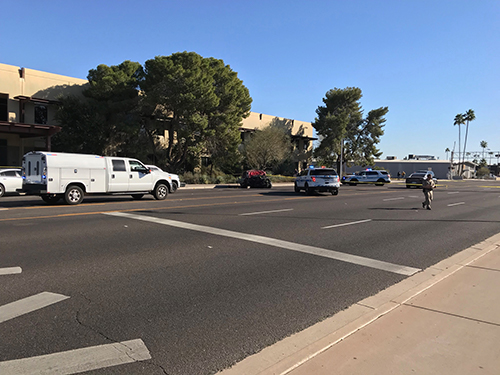 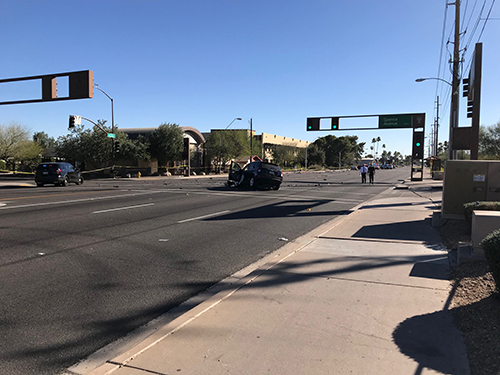 The driver of the black SUV, a 47-year-old woman, was transported from the scene for treatment of non-life-threatening injuries. 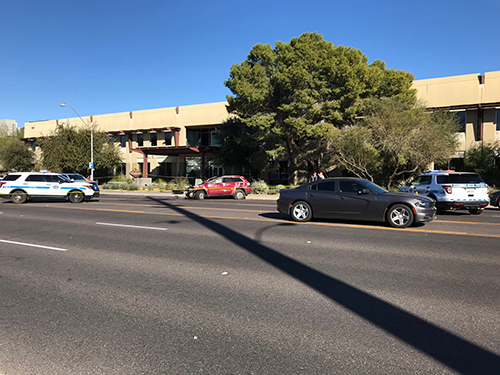 The driver of the suspect vehicle exited the vehicle and was quickly taken into custody. He has been identfied as 31-year-old Mitchell Timothy Taeble. He sustained minor injuries and was released from the hospital after an evaluation.

Mr. Taebel has an extensive criminal history that includes violent felonies and misdemeanors throughout several states and has served time in prison in New York. We are aware that Mr. Taebel has anti-government views.

This is an open investigation.