One Person Dead After Two Semis Collide West of Phoenix 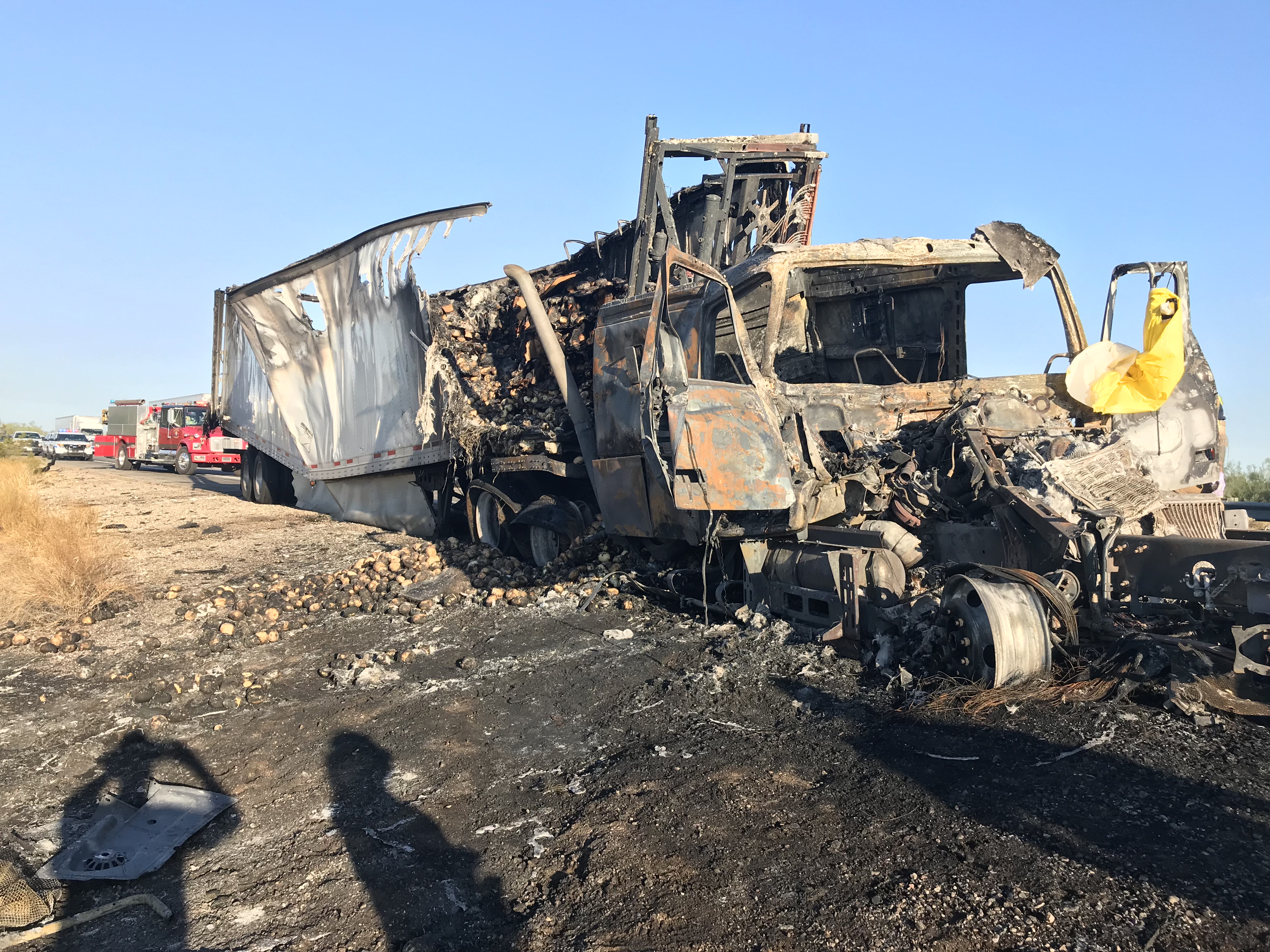 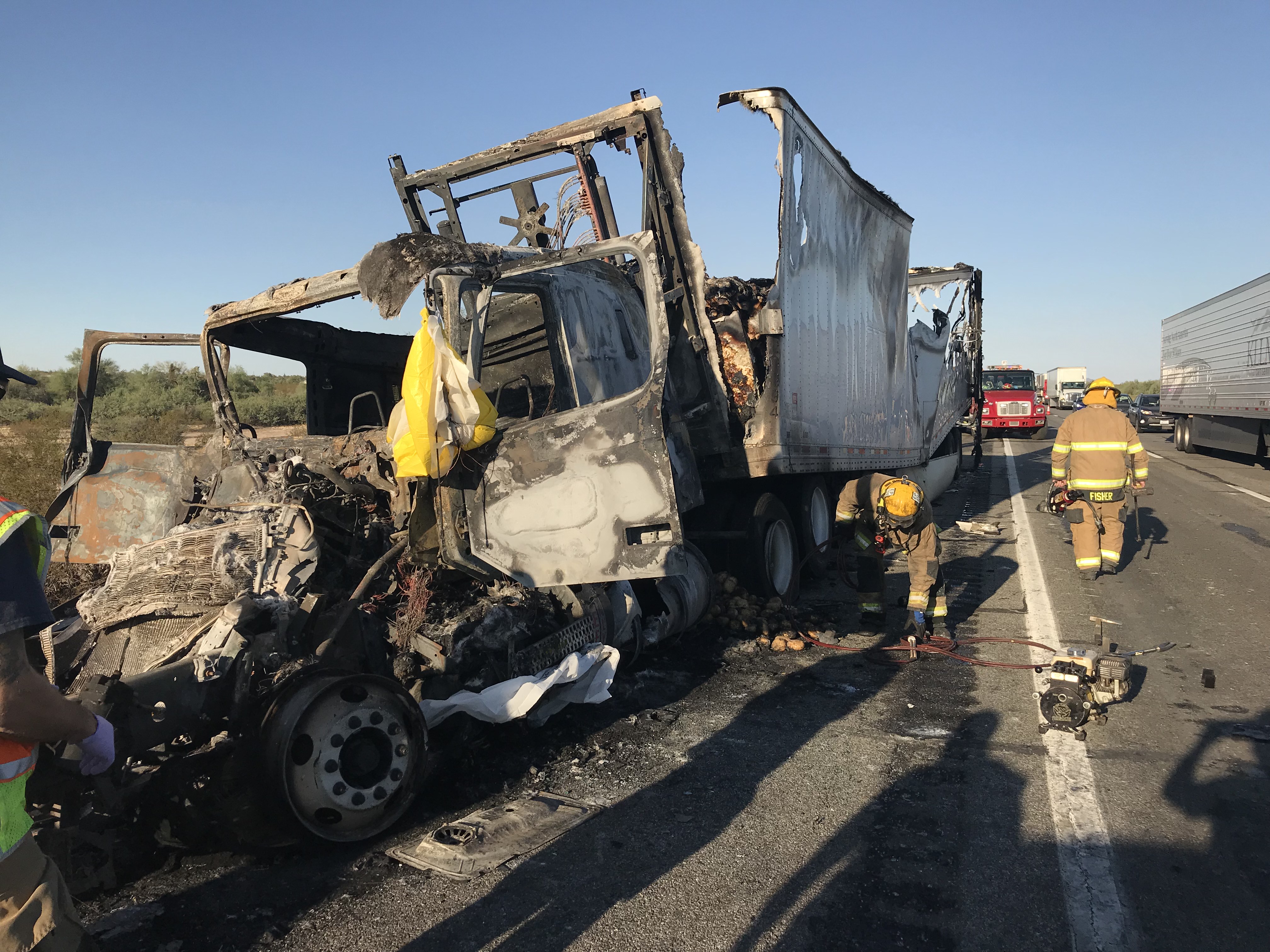 The fire then traveled rearward from the cab of the semi and caught fire to the trailer and its contents as well. Fire personnel responded to the scene and were able to extinguish the fire. The passenger was transported to a local hospital with non-life-threatening injuries. The driver of the front semi was evaluated on scene and was not transported.

The collision and fire caused the complete closure of eastbound I-10 but crews were able to eventually open the left lane. The closure of the right lane is anticipated to last for most of the day while crews clean up the burned semi and trailer. The contents of the burned trailer also have to be off-loaded

and hauled away, which can take some time. 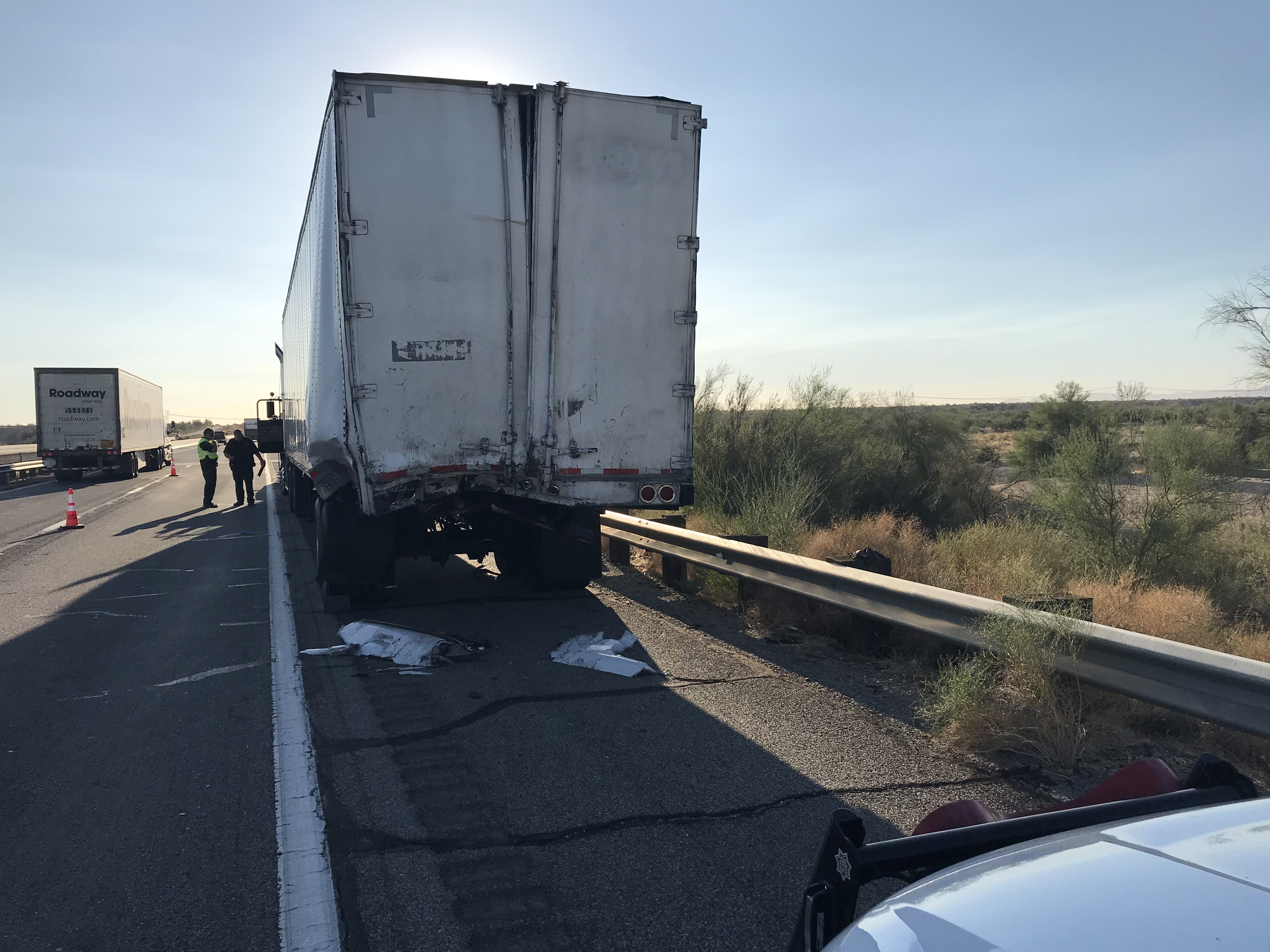 We ask all motorists to be aware and not drive distracted as they pass by the scene and to pay attention to the road and not what is happening with cleanup. Please, Just Drive!