The Arizona Department of Public Safety’s (AZDPS) Air Rescue has been providing service to the residents and visitors of Arizona for more than 45 years.

The Department maintains a fleet of five helicopters and they are quartered at four air rescue helicopter bases throughout the state.

The strategic placement of the helicopters throughout the state best serves the 113,000 square miles of Arizona by providing efficient and timely response to calls for assistance. You’ll notice a common theme with the name of the helicopters – they all have Ranger in the name.

It’s worth noting that the first regional law enforcement effort in Arizona occurred in 1901, when the territorial governor organized the "Arizona Rangers”. This small force made a strong impact on the rustling and smuggling problems of the time but was disbanded in 1909, three years before Arizona achieved statehood.

Air rescue has been as much of a pioneer as the original “Arizona Rangers”. They were the first police helicopter to provide civilian medical service in the nation. They were also the first to utilize night vision technology and perform short haul rescues.

A short haul rescue refers to a rescue technique meant to quickly get an individual out of a dangerous situation and place them in a safe location. Generally, a rescuer at the end of a rope, is lowered from the helicopter to the victim who is then secured on the rope and lifted with the rescuer, to safety.

Presently, Air Rescue has 19 pilots who average at least 21 years of flying experience and 22 troopers that are also certified paramedics. 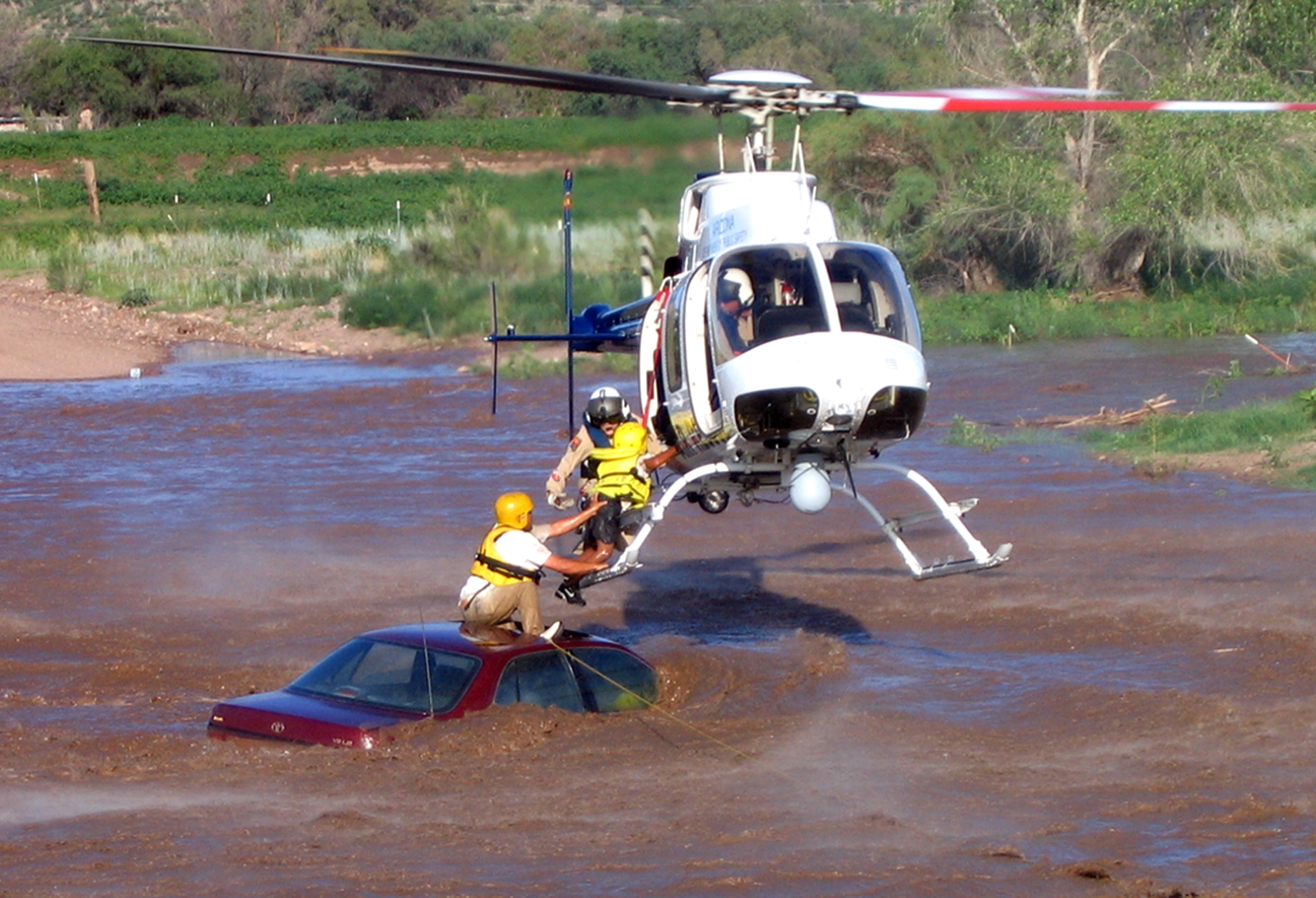 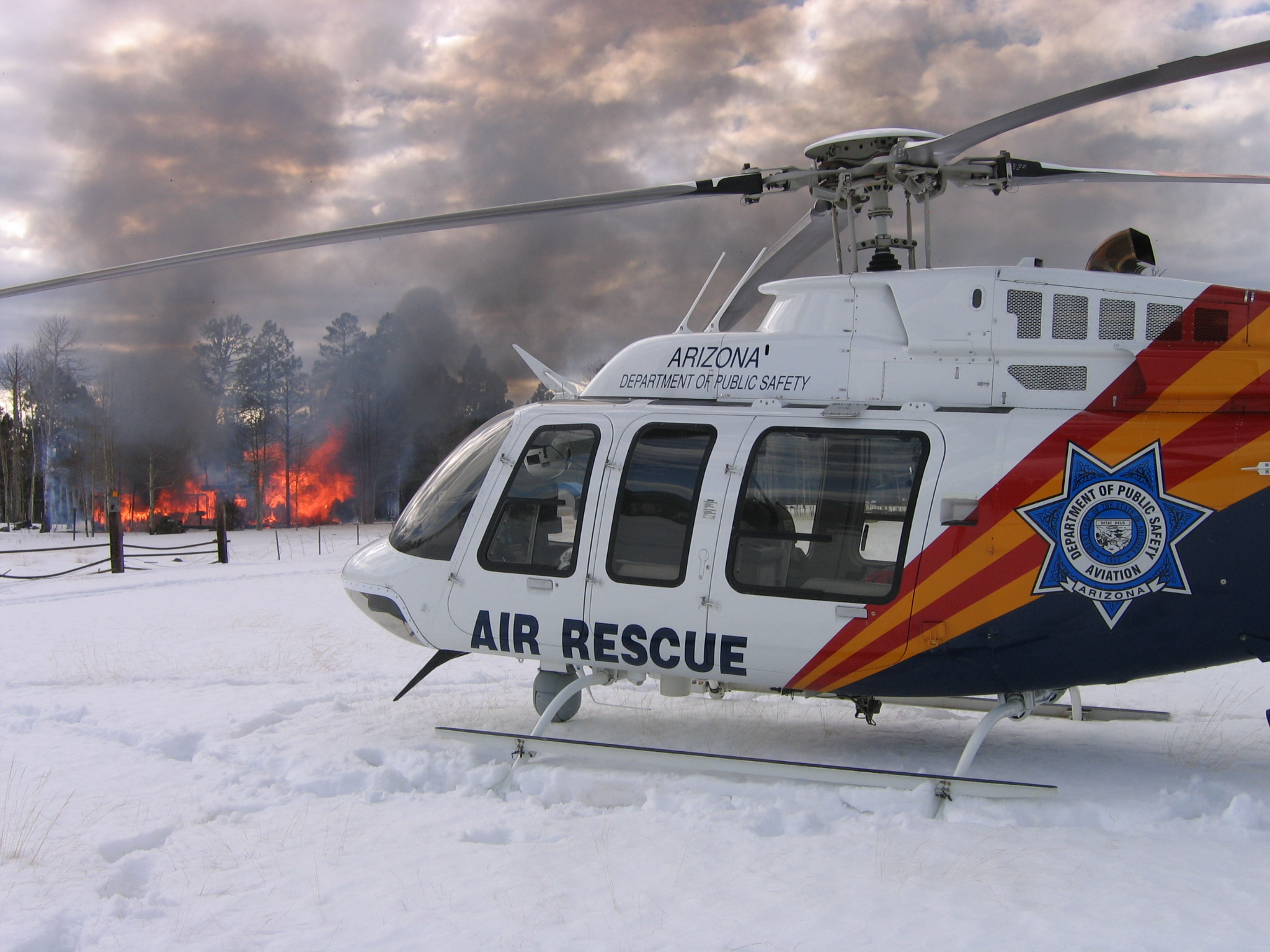