Fallen trooper memorials all over Arizona are being restored to their original glory thanks to the dedication of retired and active DPS troopers, family, friends and other members of the law enforcement community. 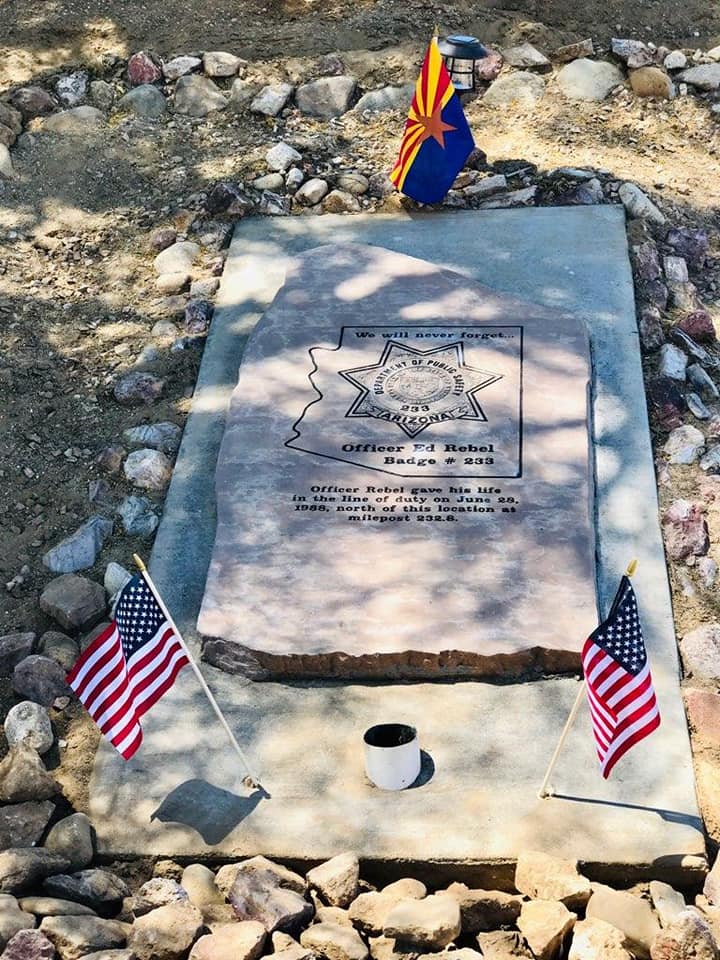 ll of 2018, retired AZDPS Detective Terry Johnson and Capt. Michael Denney – members of the Coalition of DPS Retirees (CDPSR) and the Fallen Hero Committee – were looking for a way to honor fallen troopers and commemorate the 50th anniversary of the department. The CDPSR planned the Arizona Fallen Hero Memorial Ride to visit each memorial in the state, but they wanted to do something special to prepare the sites.

The coalition took responsibility for maintaining the memorials years earlier, but with locations so far apart, coordinating clean up visits to every site in a short time is a challenge. Detective Johnson and Capt. Denney decided the anniversary and memorial ride made 2019 the perfect year to undertake this endeavor. They began putting plans in motion with the help of retired Sgt. Colin Peabody – the Chairman of the CDPSR – and determined all the monuments would be refurbished before the memorial rides begin in September 2019.

The first memorials to be refurbished were those of Officer Johnny Garcia and Sgt. Mark Dryer, located at the Sacaton Rest Area on I-10 outside Phoenix. Seventeen people came together to honor them, including more than a dozen active and retired DPS troopers, as well as family and friends. Armed with scrub brushes and paint pens, the volunteers rinsed, cleaned and repainted the memorials until they looked like new. As a finishing touch, memorials were also decorated with flags and wreaths. 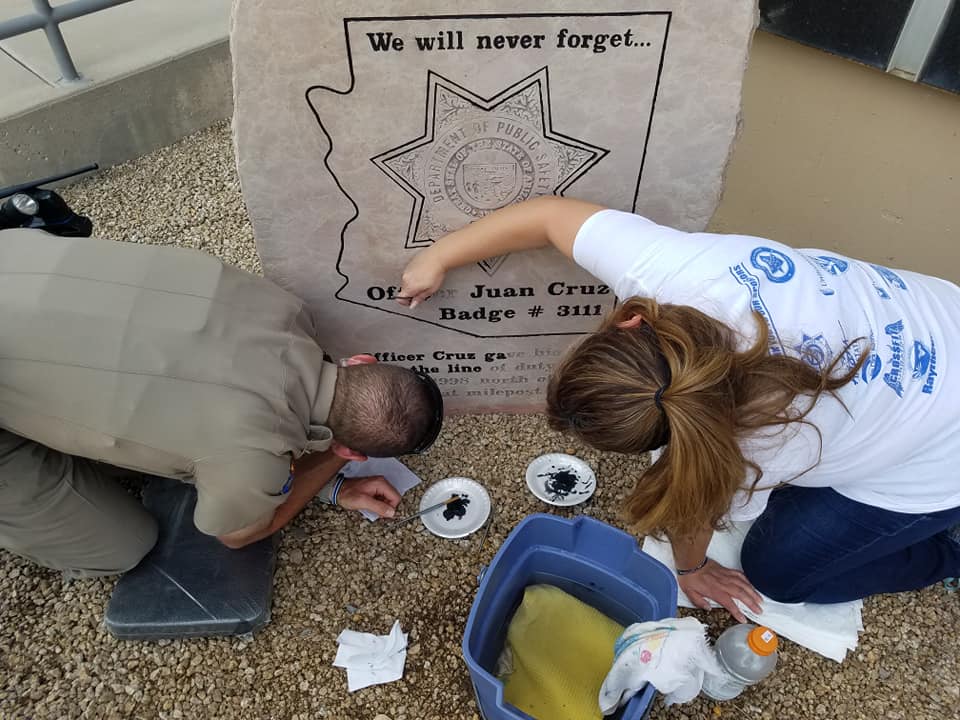 Since refurbishments began in April, 28 memorial sites have been visited, with over 100 volunteers lending a hand. The three remaining monuments will be visited within the next few weeks, and Sgt. Peabody says having plenty of volunteers at each site is crucial because of the detailed work and heat. He also stresses that support from the department has been vital to the success of this project. 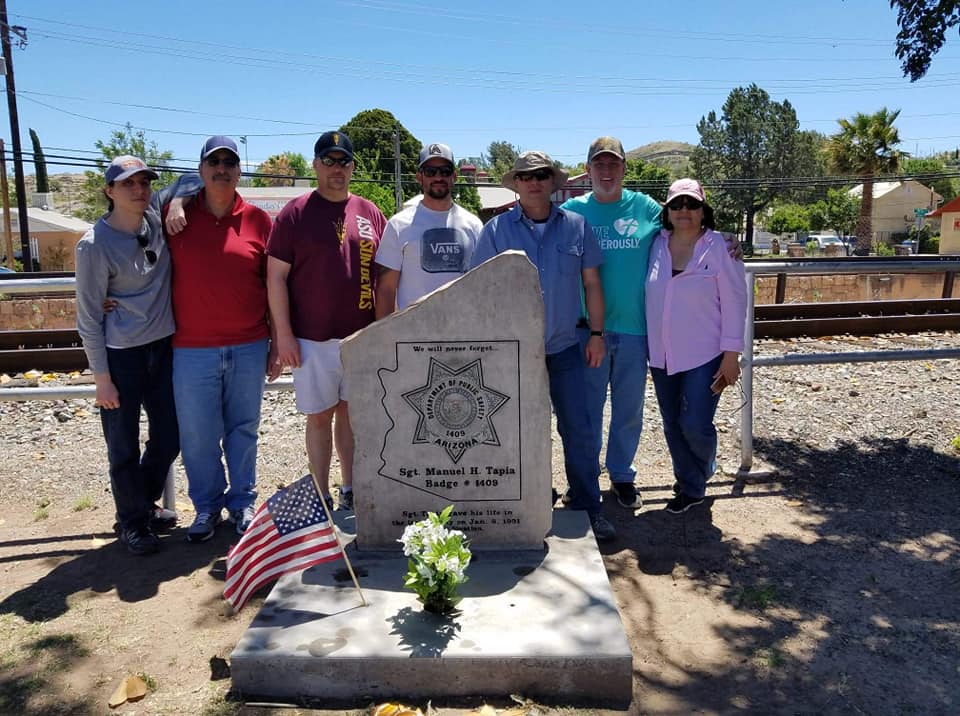 “A lot of the department has been behind this, and they have allowed on-duty personnel to help out. We are so appreciative that the director and department have allowed that to happen,” Sgt. Peabody said. “We’ve noticed that a lot of the younger troopers are excited to help out and honor these troopers they never knew… it’s really refreshing to see that.”