Cycling in front of Martin will be fellow Army veteran, former paramedic, and blind Paralympian athlete Shawn Cheshire. Jesse Crandall, a chemistry professor and Cheshire’s longtime guide on many of her athletic endeavors, will be leading the group on this roughly eight-week adventure.

“We will be dipping the tires in the Pacific Ocean on May 17th and pedaling east until we reach the Atlantic Ocean,” Martin said. 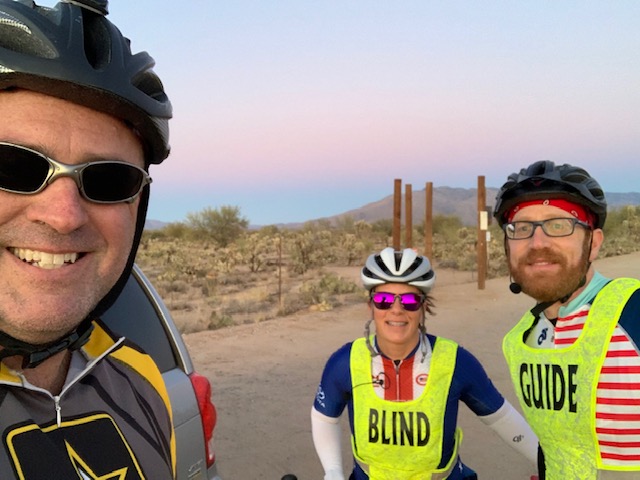 In 2008, Martin was severely injured in an improvised explosive device blast in Afghanistan. While the extensive damage ultimately led to the amputation of both of his legs below the knee, the physical challenges did not hold him back. Martin returned to AZDPS as the Department’s first and only double-amputee state trooper, where he continued working until his retirement in 2017. He also competed in numerous marathons and triathlons and participated in a few major climbing expeditions, including Mt. Kilimanjaro in Tanzania.

Martin’s friendship with Cheshire began when they met as public speakers at an event in New York in 2013. With their shared love of athletic adventures, they soon began discussing plans for a cross-country bike ride. However, Cheshire’s packed training schedule left little opportunity to plan the ride over the next few years. When her training calendar finally lightened in 2019, she reached out to Martin.

“She called me and said, ‘You still want to do that bike ride?’ And I said, ‘Yes, of course!’” Martin recalled.

Throughout 2020, Martin said he focused on improving his cycling skills and endurance. “I was always more of a runner than a cyclist, but I’ve spent a lot of time with my bike on a trainer this year.”

While the group’s average daily distance will be around 83 miles, Martin said their longest day is expected to be a grueling 113 miles.

In addition to the physical challenges of keeping up with the demanding schedule, all three cyclists must always be alert and in-tune with each other. Each will wear two-way radios to help guide Cheshire, reporting on potential hazards, terrain changes, turns and other feedback.

During their journey, the trio plans to stop at four schools for the blind, meet with first responders, and make connections with veterans’ organizations, disability advocates and cyclists in communities across the country.

“We just want to show people what can be done,” Martin said. “I’m excited to think that only one amputee has ever done this prior and no blind person has ever tried it, so put the two of us together and it’s kind of a unique adventure.”

To learn more about this remarkable cross-country ride and keep up with the journey, visit Choosing to See: A Blind Odyssey or follow along on the Choosing to See Facebook and Instagram pages. 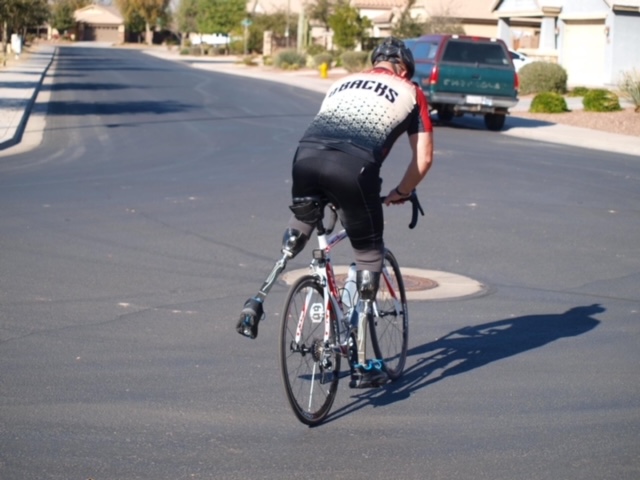