On the morning of April 27, 2020, detectives made contact with a man who was attempting to arrange a meeting with an underage victim. Detectives identified Juan C. Lopez, 33, of Tucson, as the suspect and arrested him the same day. Lopez faces charges of luring a minor for sexual exploitation and attempted sexual conduct with a minor.

On the evening of April 27, 2020, another detective made contact with a different suspect, who also attempted to arrange a meeting with a minor for sexual purposes. The suspect – 18-year-old Luis A. Duarte, also of Tucson – was arrested the following night. Duarte faces charges of aggravated luring a minor for sexual exploitation and attempted sexual conduct with a minor.

“Protecting children from internet predators is a top priority for law enforcement everywhere, especially for our detectives assigned to the ICAC Task Force,” said Lt. Colonel Deston Coleman Jr., Assistant Director of the Criminal Investigations Division at AZDPS. “Taking these predators off the street will go a long way toward making Arizona safer. We stand ready to assist communities across the state in protecting vulnerable children against these criminals.” 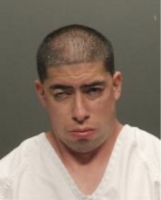