On Wednesday, September 22, 2021, the AZDPS Western Air Rescue crew responded to assist the Coconino County Sheriff’s Office with a small plane crash involving one fatality and one injured survivor in Paria Plateau near Page, Arizona.

As they arrived at the crash scene that night, our pilot and trooper-paramedics spotted a dog sitting near the plane wreckage. Unfortunately, the dog ran away as our helicopter landed at the scene and could not be located.

When our Central Air Rescue crew flew federal investigators back to the crash scene on Saturday, September 25, they spotted the missing dog lying next to the plane wreckage. The pup fled the area again when the helicopter landed, but crew members used water to lure him back and get a leash on him. He was tired, thirsty, and hungry, but this tough guy seemed to be in decent shape for having survived a plane crash and a few days in the Arizona wilderness.

Our air rescue crew flew the dog to the Page Airport, where he was met by a Coconino County Sheriff’s Deputy who would return him to his family.

AZDPS is grateful we could assist CCSO and help reunite this pup with the family at such a difficult time. Our thoughts and prayers are with the victims and their loved ones. 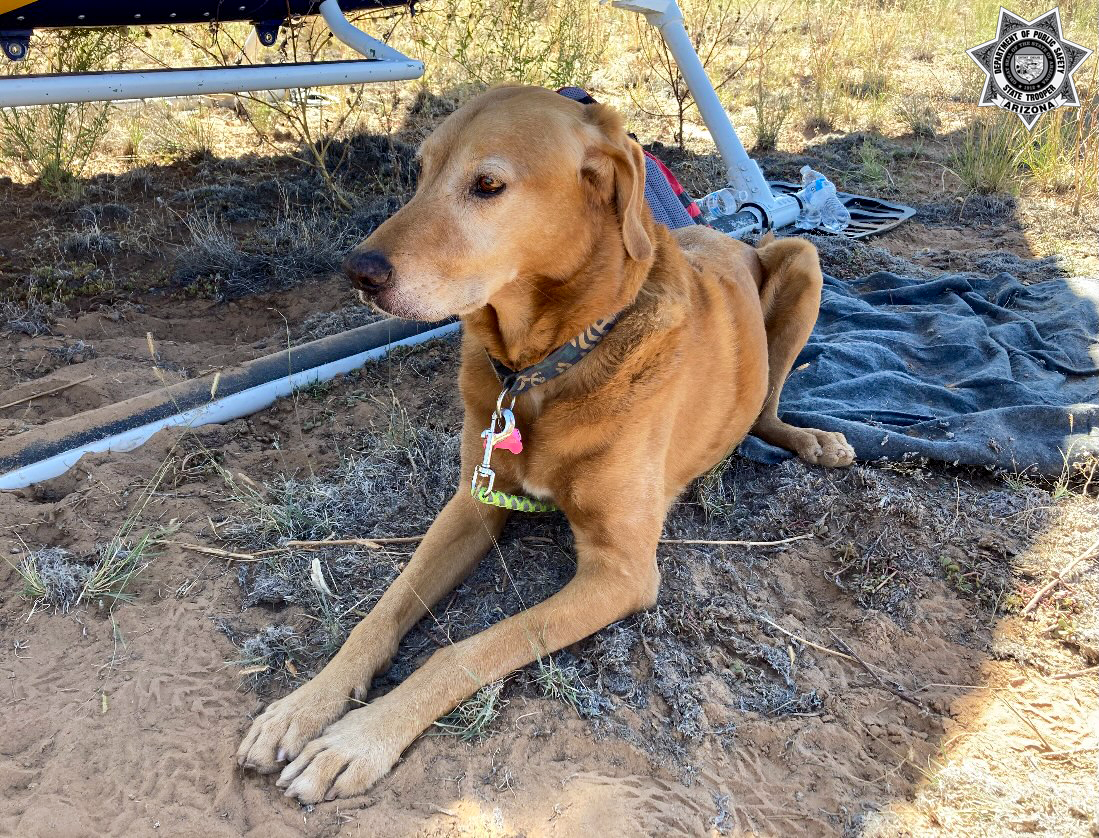 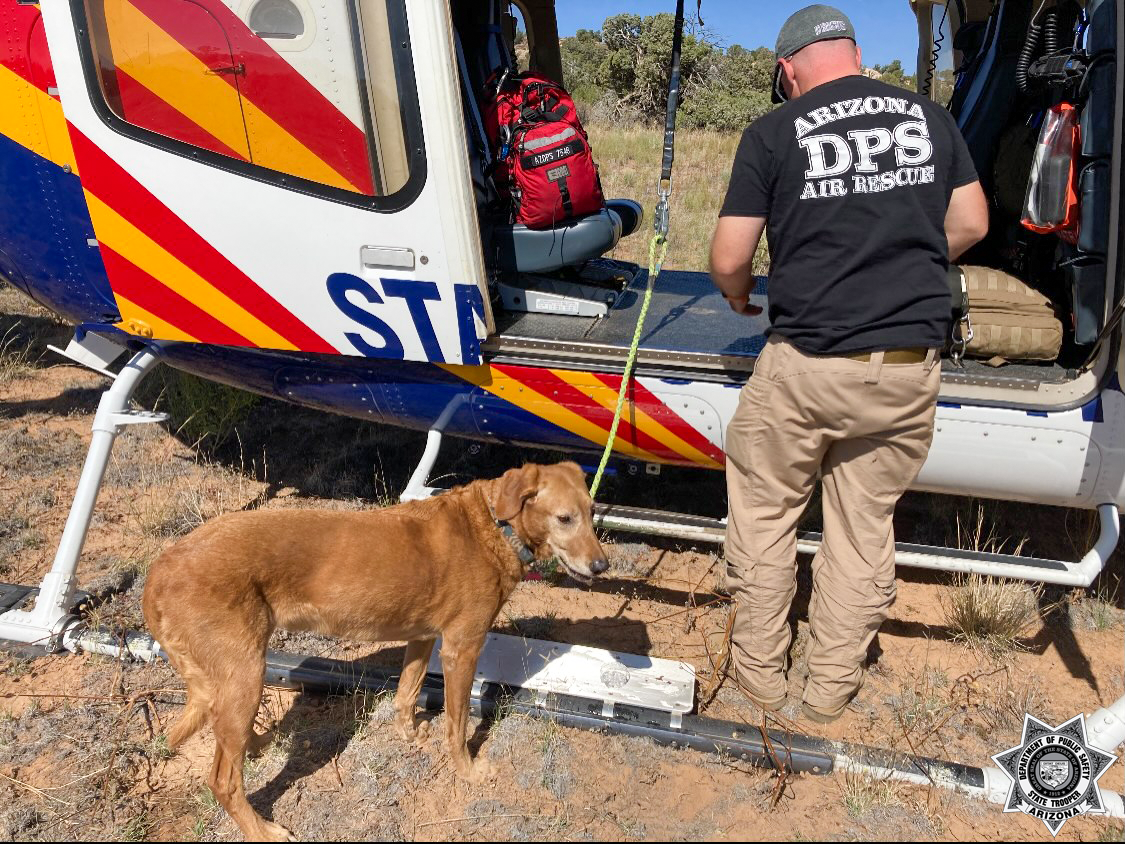