On Friday, May 14, 2021, around 5:50 a.m., Trooper Perrin saw a hawk hopping around the southbound lanes of State Route 77 near milepost 80 in Oro Valley. It was apparent the bird could not fly, so after coaxing it out of the travel lanes, Trooper Perrin used his raincoat to gently capture it and place it in the back of his patrol vehicle. Dispatchers in our Tucson Operational Communications Bureau then arranged for Trooper Perrin to meet with a rehabilitator from Tucson Wildlife Center.

Trooper Perrin met with a rehabilitator soon after, and she identified the bird as juvenile red-tailed hawk. It was taken to Tucson Wildlife Center to be examined and cared for.

“The hawk is doing well and healing from a broken wing,” the Tucson Wildlife Center reported on Monday, May 17th. “Once he’s completely rehabilitated he will be released back into the wild.”

This was a great effort by Trooper Perrin, Tucson OpComm and the Tucson Wildlife Center to work together and help an animal in need.

While we’re on the subject, Tucson Wildlife Center has an important reminder for all Arizonans: It’s baby season! If you see a baby bird or another baby animal, please don’t pick it up and bring it home. Much of our wildlife – birds, bunnies, and others – raise their young on the ground, and removing the young lowers their chances of survival. When in doubt, visit www.tucsonwildlife.com or call 520-290-9453 for guidance. 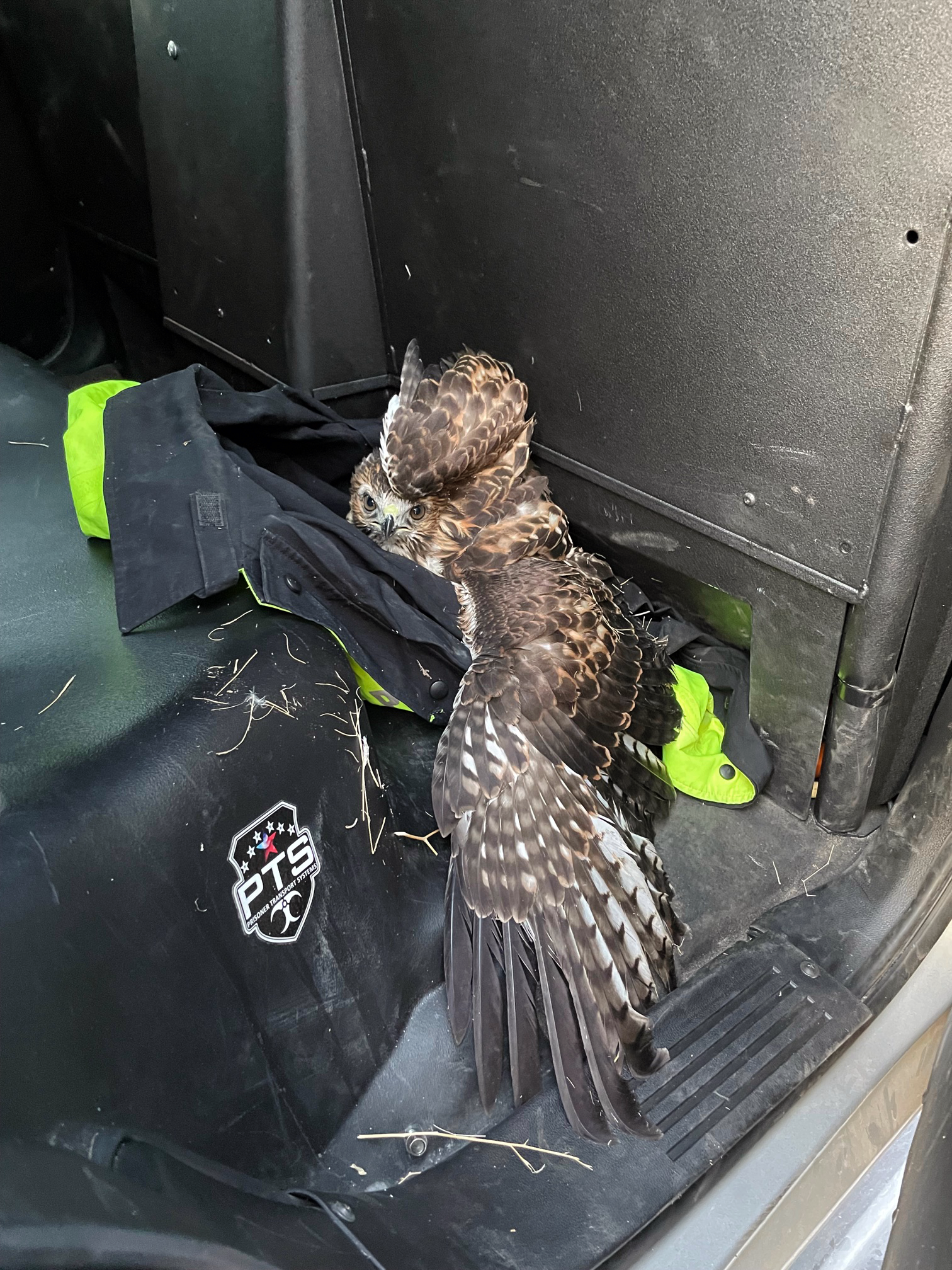