On Sunday, September 29, 2019, the Arizona Department of Public Safety (AZDPS), in collaboration with the Concerns of Police Survivors (C.O.P.S.) Arizona, is hosting the 6th Annual AZDPS Memorial 5K Run. This event will honor AZDPS Troopers who made the ultimate sacrifice while serving our state. All proceeds from this event will go to C.O.P.S. Arizona, which provides resources to assist in the rebuilding of the lives of surviving families and affected co-workers of law enforcement officers killed in the line of duty. As a 501 (c)(3) non-profit organization, EIN 86-09032179, your donation is a tax-deductible contribution. 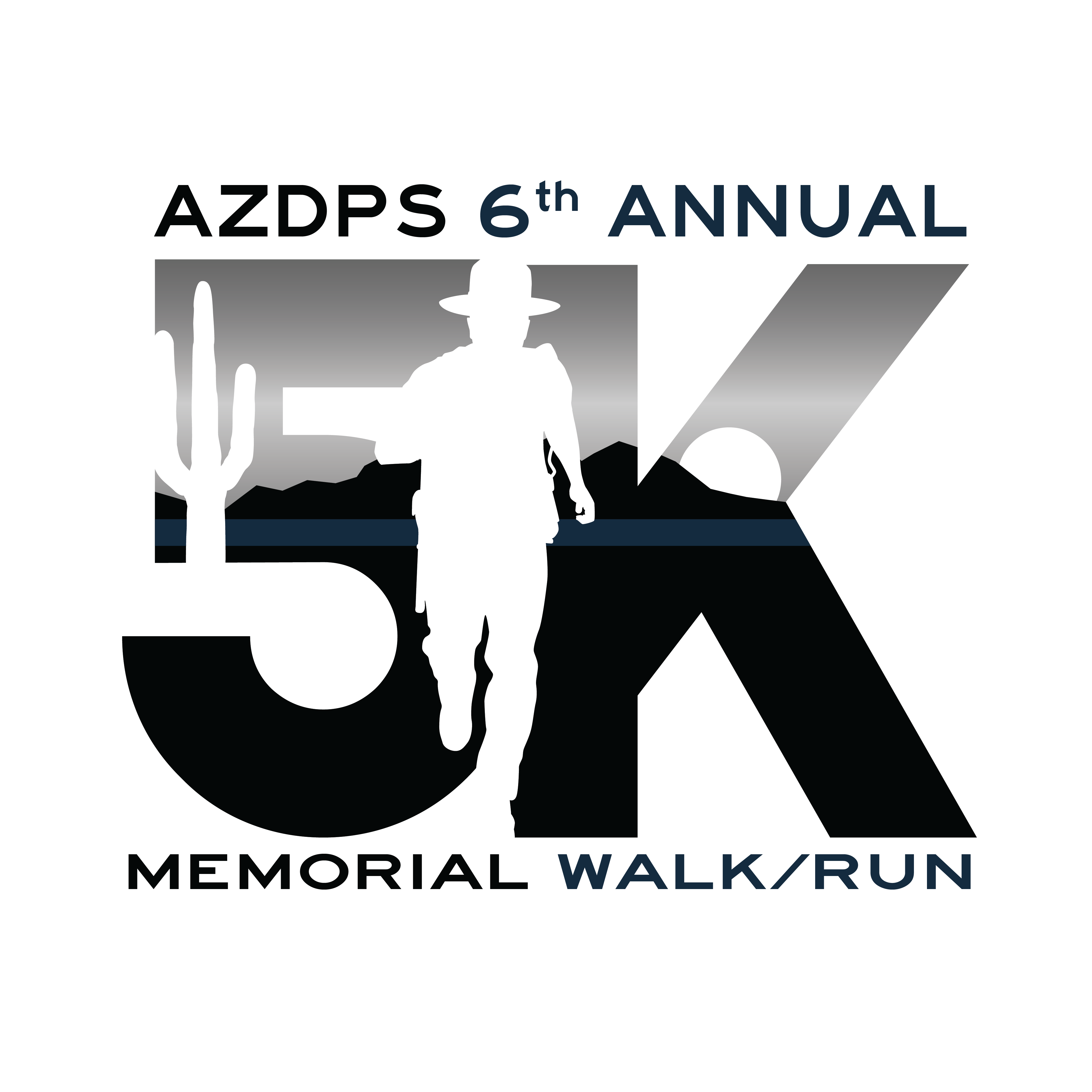 his Memorial Run will be an outstanding showcase of your support. All state and local law enforcement personnel, first responders, families and friends, will be invited to attend. We anticipate this event will attract a huge turnout as the event continues to grow. The names of all sponsors will be featured on a large display in the registration/vendor area. The following sponsorship levels are available, and donations can be in the form of cash or in-kind gifts to be used as raffle prizes:

Platinum and Diamond Sponsors will receive special recognition on the race t-shirt and will be announced by the Master of Ceremonies from the race microphone. In addition, Platinum Sponsors will receive two complimentary 5K entries and Diamond sponsors will receive four complimentary 5K entries. We would greatly appreciate any donation you or your company would be willing to provide to this worthy event. C.O.P.S. Arizona is a non-profit organization which assists and supports the families of fallen officers long after the line of duty death. C.O.P.S. Arizona is "Survivors Helping Survivors".

Checks can be made out to "C.O.P.S. Arizona" and any donations can be mailed to:

NOTE: You are not donating anything now, Sheila Wakelam will be in contact with you upon submission of this form to arrange donation payment.